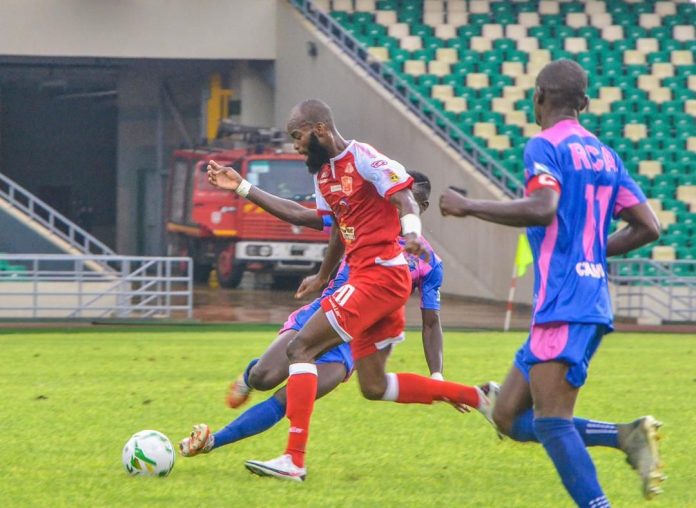 Sakin who was born in Abidjan, Cote D’Ivoire began his Youth career with Ijayapi Rock FC in Abuja before signing his first professional contract with Kwara United in 2012 where he spent just one season.

He also had stints with top Nigeria Professional football league club’s having played for Wikki Tourists, Abia Warriors, and Rivers United before he embarked on a journey outside of Nigeria signing a four deal with Guinean Club Horoya AC in November 2017.

The striker who was the tormentor in chief as Horoya AC eliminated Enyimba in the quater finals of the 2020 CAF Confederations Cup scoring in the first and second installation of the tie respectively will now look to continue a new adventure in Kuwait after joining Kuwaiti club Al-Jahra sc on a one year deal.

His time in Guinea will remain in his memory for a long time after he won the Ligue 1 Nimba Mining in 2018, Guinée Coupe Nationale and the Guinée Super Cup.