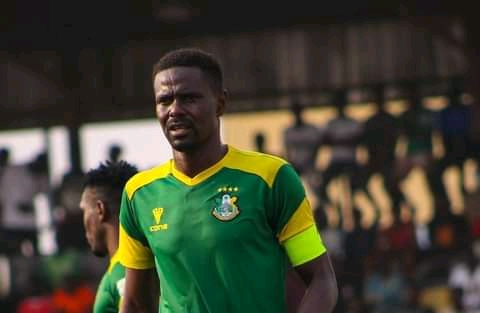 As the Nigeria Professional Football League (NPFL) 2020/2021 seasons came to an end with Akwa United emerging as Champions.

Various clubs are beginning to reshape and strengthening their squads with a whole number of quality additions.

Owosports.com.ng in this article, will let you in on how your clubs is faring in the transfer market, latest done deal, and rumours.

After spending just one season with the Warriors since joining from Sunshine Stars last summer, goalkeeper Olorunleke Ojo has reportedly joined city rivals Enyimba from Abia warriors on an undisclosed fee.

Abia warriors will however be losing about 2-3 players to the People’s Elephant as reports also confirmed that Super Eagles defender Adekunle Adeleke has also completed a move to the two times CAF Champions League winners.

Obioma hit target 12 times last season to emerge as Abia Warriors leading goal scorer, he will be looking to continue his goal scoring adventure with Enyimba next season.

Following the departure of winger Anayo Iwuala, Enyimba are looking for an instant replacement as they have now identified FC Ifeanyi Ubah’s number 10, Ekene Awazie as a potential replacement.

Relegated FCIU are understood to be willing to cash in on their star man who scored 8 goals in the just concluded Nigeria top-flight league season.

Kastina United Samuel Kalu have pitch tent with Enyimba FC, His salary reported to be about #400k monthly, Freekicknaija had reported.

Enyimba are also considering bringing in Striker Samuel Stone who was on loan from Kano Pillars to Jigawa Golden Stars last season.

Reports also indicate that negotiations is currently on between Enyimba and Dakkada International for the signing of defender Olawale Doyeni.

Wikki Tourists and Nasarawa United are understood to be interested in the defender, Enyimba are currently offering the defender #350k per month.

Rivers United FC has completed the signing of Ogundimu Mutiu Adeola from Lobi stars FC in preparation of the coming season.

Champions Akwa United are also strengthening their squad ahead of CAF inter club competition with the latest inclusion being Ezekiel Bassey who has rejoined the side from Egyptian club side.

The champions have also added Dakkada International defender Isaac George to their ranks, Jame Ajako is also understood to have linked up with the Promise Keepers from Jigawa Golden Stars, he signed a two year deal with the side.

Defender Hassan Musa has successfully completed his move to Katsina United ahead of the 2021/2022 Nigeria ?? Professional Football League on a season contract from Wikki Tourists as a free agent with an option of extension, The right back will receive N300k as salary plus addons per month.

Enugu Rangers are reportedly set to complete the signing Cameroonian goalkeeper, Alladoun Kollimgba from Wikki Tourists on a 3 year deal.

According to report from Nigeria sports Apostle Adepoju Tobi Samuel, Lobi Stars defender John Lazarus (RB) & Ebube Duru (LB) have joined Portharcourt based side Rivers Utd for and Undisclosed, but monthly salary is decent, above #500k.

Kwara United are preparing a #2m bid for Wikki Tourists Abdullahi Mustapha, they are currently offering the defender #400k per month

Kwara United duo of Stephen Jude and Christopher Nawaze are also understood to be on the Wishlist of Enyimba.

According to different reports, Kano Pillars legend Rabiu Ali is reportedly considering a move away from the club in a hunt for continental football.

Reuben Bala future with is not certain after seeing out contract his contract with Enyimba, the Elephant from Aba are offering him a contract but he is reluctant as with Akwa United keeping close tab on the situation.

Bala wants an improved salary from Enyimba with a clause which would see him move to Poland once the transfer is ready.