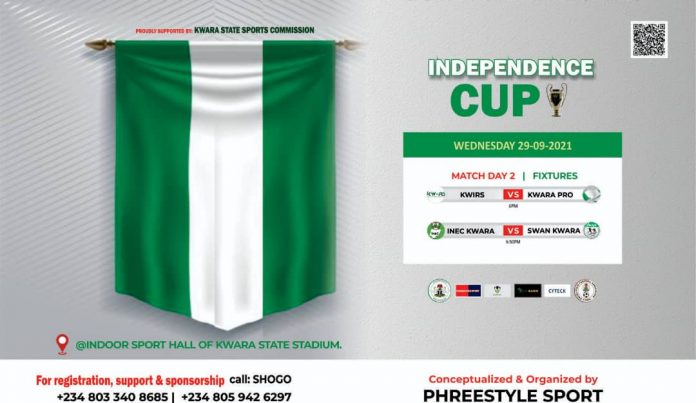 It was a one-sided affairs as the revenue collectors scored four goal through Ahmed Abdullahi, Agunbiade Abdulkadir and Alaro Abubakar making the SWAN goal from Abubakar Gbodofu a mere consolation for the sports writers.

Ishola Tunde got the opener at the 4th minutes into the game and Eniola Wasiu’s tap in made it two nil in less than a minute but some positive responses from Bolaji Ahmed and Adewojo Bayo gave the Kwara Pro the victory.

Final will be decided on Independence Day, October 1st, 2021 at the Indoor Hall of Kwara Stadium.

Independence Cup is conceptualized and organized by Phreestyle Sports with the support of Kwara State Sports Commission.