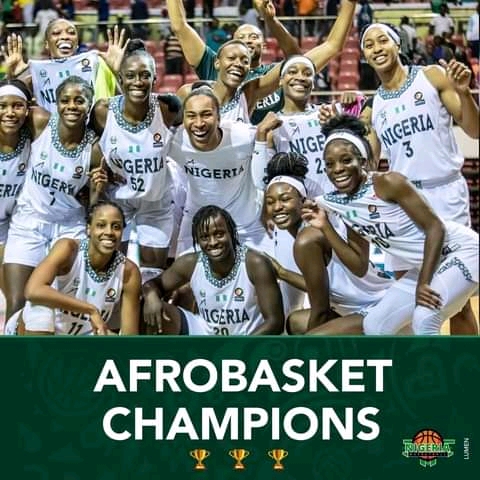 Nigeria National Women’s Basketball Team D’Tigress have emerged champions of the 2021 FIBA Africa Basketball championship after they beat Mali by 70 – 59 points in the final played at the Polyvalent Des Sports in Yaounde, Cameroon on Sunday, Owosports.com.ng reports.

D’Tigress have now made it three consecutive titles in a role after they won the last two editions of the FIBA AfroBasket Women’s championship held 2017 Mali and 2019 in Senegal respectively.

They’ve now been crowned champions of the FIBA Africa Women’s Basketball championship for the fifth time making them the most successful team in the continent.

Coach Otis Hughley will now shift his attention in ensuring that D’Tigress qualifies for the 2022 FIBA Women’s Basketball World Cup after picking up one of the two qualifying ticket available.