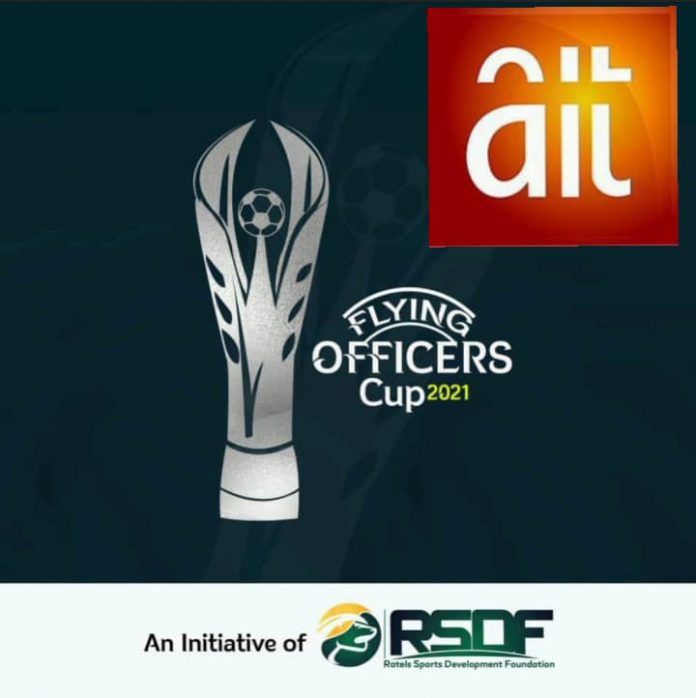 Ratels Sports Development Foundation (RSDF), main sponsors of the Pre-season Championship in build up to the Competition sought to partner with AIT as official broadcast partners for the Flying Officers Cup at a meeting held between the management team of the largest privately operated terrestrial television network, led by Anegbe Anthony Akiotu, Chief Executive Officer (CEO), Group MD, Director and Ratels Sports Development Foundation, led by the President Barrister Paul Edeh, a deal was brokered which will enable AIT beam live the finals of the Competition.

While endorsing the Flying Officers Cup and accepting AIT to be the official broadcast media partner of the tournament, the GMD of AIT commended the Organisers for taking up the challenge of supporting women’s football in Nigeria.

He recounted that in the past, most league matches were aired live, which built the enthusiasm of Nigerians, who always scamper for their television whenever matches were to be played. He also noted that AIT will always be inclined to encourage organisations like Ratels Sports Development Foundation that is selflessly seeking to promote women’s football.

“We at AIT are very excited to be part of this year’s Flying Officers Cup,” Akiotu said.

“We have been at the forefront of promoting women football which is one sport that needs to lot of media attention. The Flying Officer’s Cup will give us the opportunity to avail our numerous viewers across Nigeria with the best of Women’s Football, which they have been yearning for long.

“Sports is a major unifying force which is an important part of our contents and football in particular plays a key role to a large section of our target demographic.

“We in AIT will make out various sports platform available to your foundation and we sincerely hope to have more partnerships with Ratels Sports Development Foundation and make more impact in our society through Sports.” He Concluded.

“We are delighted to be doing this with AIT, a station known for its uniqueness in live broadcast. This is another huge leap for Ratels Sports Development Foundation and would surely help complement the efforts put together so far by the Organizing Committee.

“The Flying Officers Cup will keep aiming for greatness, and we at Ratels Sports Development Foundation will continue to push for more of this, which will clearly help to develop women’s football in Nigeria and beyond.” He Concluded.

The Africa Independent Television (AIT) is the largest privately operated terrestrial television network with stations in twenty-four out of thirty-six states in Nigeria. The 2021 edition of the Flying Officers Cup will take place from the 10th to the 24th of October 2021 in Abuja at the Area 10 Sports Complex Abuja.