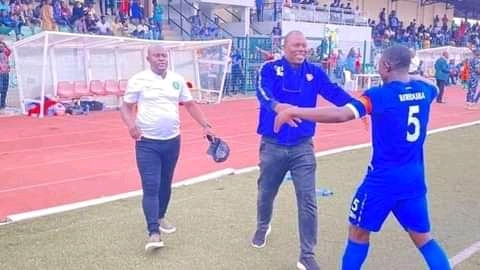 Nigeria National League (NNL) side, Bayelsa United have qualified for its first Aiteo Federation cup final after a 1-0 triumph over Nigeria Professional Football League (NPFL) side, Rivers United in the semi-final.

Okardi Inikurogha’s goal in the 68th minute ensured that Bayelsa United will be playing the final of men’s football Aiteo Cup final for the first time after its women’s counterparts, Bayelsa Queens reached their seventh final where they will take on Lagos based side FC Robo Queens

Bayelsa United will face the 2016 finalist and another NPFL side, Nasarawa United in the final.