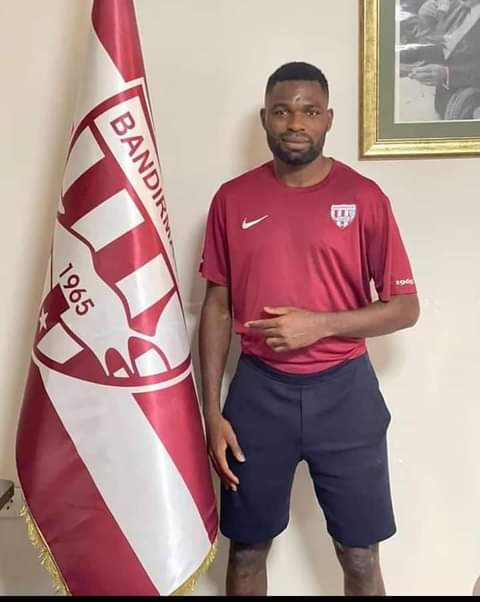 The midfielder, 32, who won two caps for the Super Eagles, was also a member of the Nigerian team that took part in the 2007 FIFA U-20 World Cup in Canada.

The player meanwhile had a brief spell with SK Brann, before joining Chinese Super League side Wuhan Zall in 2013 before moving to Norway in a deal that saw him play for Odds BK back in 2014.

Akabueze later moved to turkey and signed for Boluspor in 2017 before moving to Umraniyespor in 2019, he is now set to begin another chapter with Bandirmaspor.