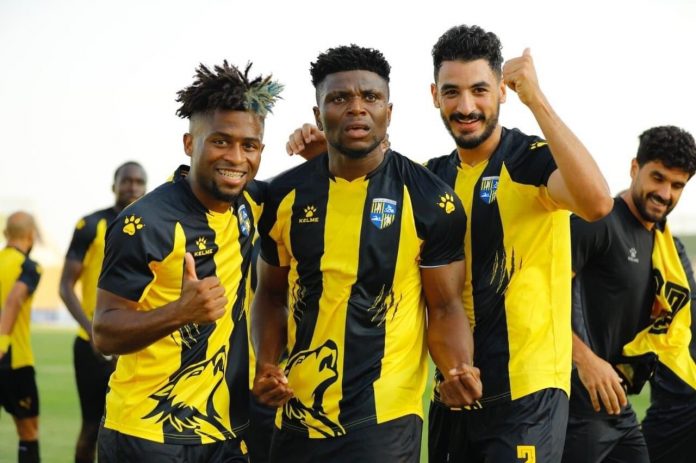 John Okoli has called his debut performance for Al Mokawloon “a dream come true” after he netted the winner during a 1-0 victory against Sharkia Lel Dokhan in the Egyptian Premier League on Tuesday afternoon.

All eyes were on the striker after his move to Cairo, and he did not disappoint as he struck the winner during Al Mokawloon’s Premier League curtain raiser.

The former Gonyeli man spoke to the Media after the game and said while he had a ‘dream’ debut, he was just pleased that the Wolf picked up the three points.

“Yes of course [it was a dream debut]. To play in front of such a crowd for such a great club, it is a dream come true but the most important thing was the win,” the Nigerian said.

“The win was good with one goal and a clean sheet. We started very well so we have to keep working hard.

“When you play for Al Mokawloon, everybody has a job. Mine is to keep the ball and to score the goals for the team. The team did a good job today, everybody created a lot of chances and we scored so it is promising.

“The fans want to see attractive football and we need to stick to it and try to create as much as we can, defend well as a team and I think that’s what we did so the crowd was really pleased today.

“It is just the start and we need to keep working. The manager has said that there is a plan and we need to try and follow it and hopefully it will take us somewhere.”