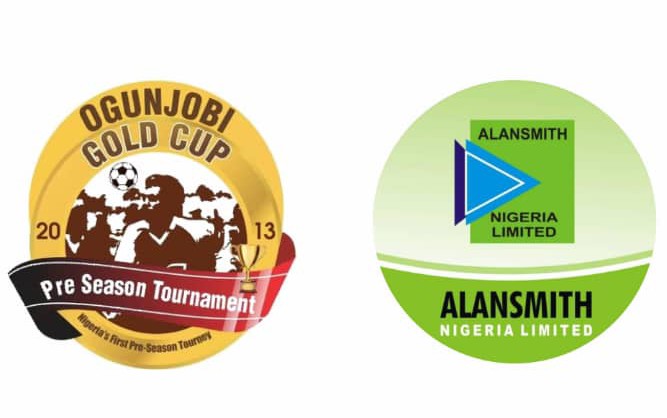 FIFA and CAF certified synthetic pitch installation firm, Alansmith Nigeria Limited has sealed a partnership deal with the organisers of the foremost pre-season tournament in Nigeria, the Ogunjobi Gold Cup.

Joshua Adamu, Chief Executive Officer (CEO) of Alansmith Nigeria Limited whose groundsmen will be providing technical support on Ebedei Stadium, one of the venues for this year’s Ogunjobi Gold Cup, said they are delighted to tag with the tournament which has become a brand in Nigeria’s domestic football.

Adamu hosted the Ogunjobi Gold Cup General Coordinator, Tunde Shamsudeen on a tour of the Ebedei Stadium facility on Tuesday in Sagamu.

According to Shamsudeen, while speaking with Gold Cup Media stated: “The partnership will be of immense benefit to the tourney.”

Alansmith boss on his part said: “We’re delighted to partner with Ogunjobi Gold Cup which over the years have proven to be the best pre-season tourney for domestic football teams in the country.

“Looking at the calibre of teams that have featured in the tourney, which cuts across the three tiers of our domestic league, Nigeria Professional Football League(NPFL), Nigeria National League(NNL) and Nationwide League One (NLO), shows how teams rate the tourney.

“We’re a result-driven firm so we looking forward to a better partnership with the brand and Nigerian football as well.”

ABS FC of Ilorin is the defending champions after they stung Gombe United in a 5-goal thriller at the last edition in Ilorin.