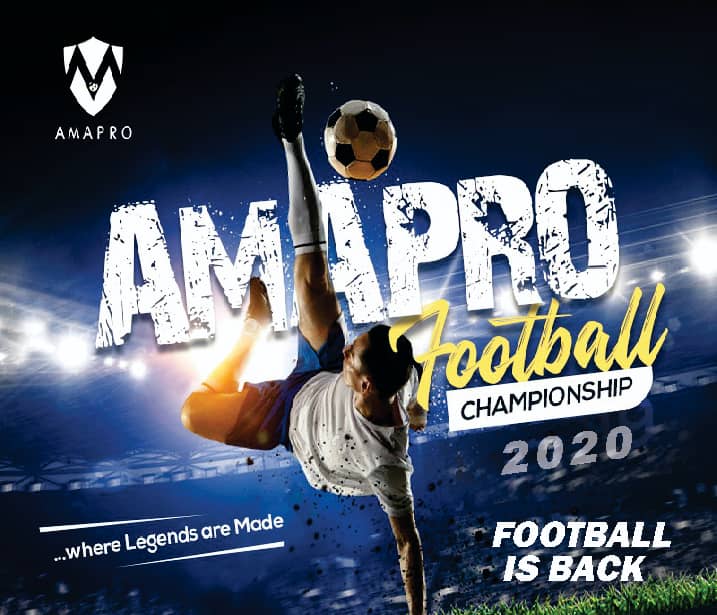 This years’ edition of the Amapro Football Championship will commence on Sunday, November 1, 2020, in Ilorin Kwara State.

However, the tournament which will be staged at the Kwara Football Academy, KFA pitch and the Mainbowl of the Kwara State Stadium will see sixteen teams take part in it.

This years’ edition will be the fifth edition of the tournament with NPFL AllStars winning the last tournament, beating Ultimate Football Academy, Mokwa in the final.