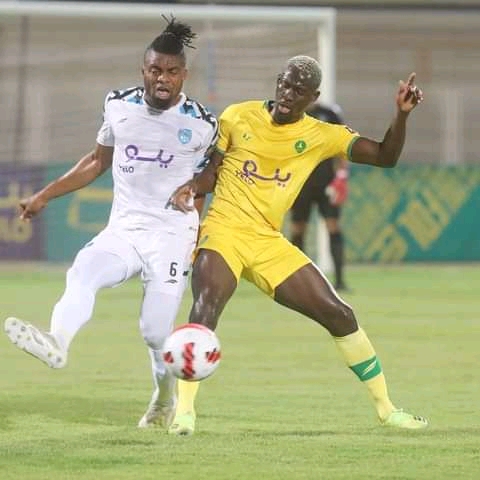 The former Enyimba of Aba skipper who joined the Arabian side from another Nigeria Professional football league side Rivers United after the expiration of his one year contract featured for the entire duration of the game but was unable to help his Al Nadah side avoid defeat on the night.

The Nigeria International reacting to the defeat via his social media handle (Facebook) wrote “Not the results we wanted but it was a good fight from the boys, we thank God”.

The two time Nigeria Professional Football League (NPFL) winner with Enyimba, since moving to Saudi Arabia has featured in all of Al Nadah’s three league games so far this season.