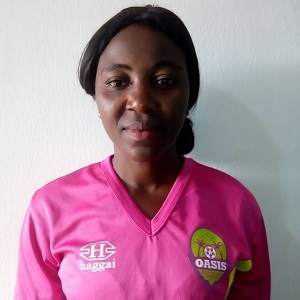 Nigeria Women Premier League (NWPL) side Dream Star Ladies have announced the appointment of Anya Ugochi as the head coach following the departure of Bankole Olowookere.

Bankole left his position as head coach of Dream Stars Ladies on mutual concent following his appointment by the Nigerian football federation (NFF) as the coach of the Nigeria U-17 women’s national team the Flamingos.

He has now been replaced by Anya Ugochi who is a CAF C licence holder and she has been tasked with the responsibility of leading the team in the 2020/2021 NWPL season.

Following a statement released by the club on Monday afternoon.

“The club wishes to make it clear that Oloowokere left on good terms and will always remain a much-loved, respected and significant figure at DreamStar FC Ladies”.

“We appreciate all his contributions to the club, since he became manager seventeen months ago.” The club said in a statement.

The departing Bankole Olowookere led Dream Star Ladies to NWPL safety, when he guided the team to a relegation playoff final victory over Invincible Angels.

The match ended 4-2 via penalty shootout in favor of the “Pride of Lagos” after the regulation time finished 1-1.