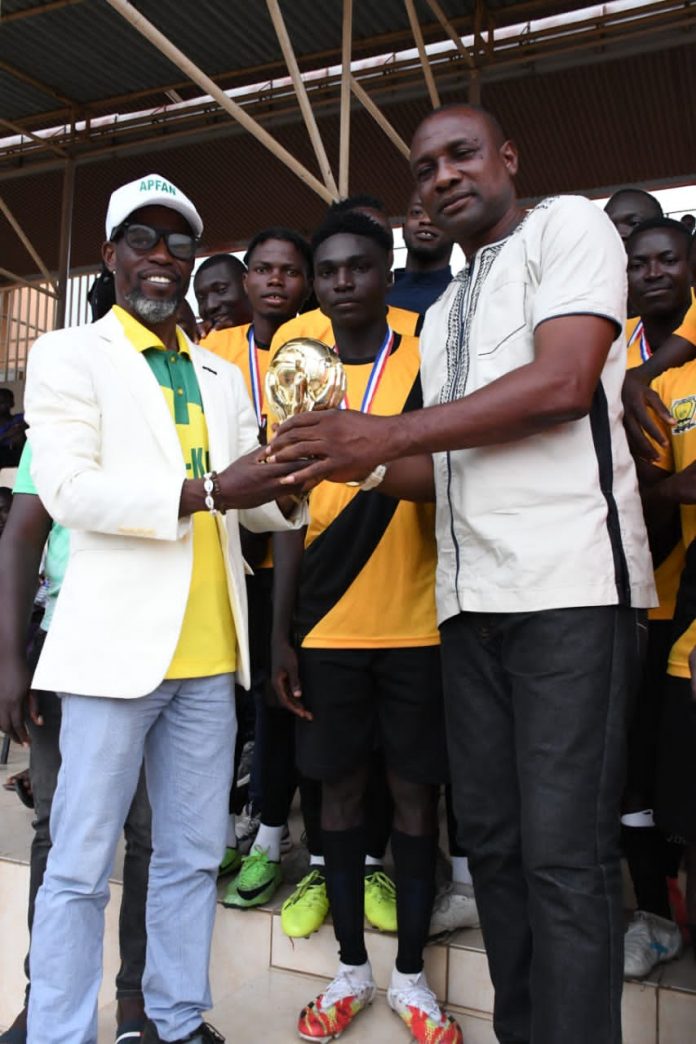 The Kwara State Chairman of APFAN, Bello-Lasoro Abubakar has reiterated the commitment of the association to the development of round leather in the State.

Speaking to newsmen in Ilorin after the Academies Champions League final which held on 16 August at the main bowl of Kwara Stadium Complex, the hardworking helsman says the forum will not rely in its efforts to transform football.

Lasoro appreciates Haggai Sporting Wears company for donating awards to players and Zebra balls for the championship
and their partner, Football Academies Forum(FAF) for organizing a day Seminar & Workshop on standard of football academy and Role of Media in football development.

The workshop featured series of lecture by the ace Sports Journalists and CEO Sportspro News, Bayour Issah and APFAN Chairman Bello-Lasoro Abubakar who also doubles as a FAF steering Coordinator in Nigeria.

However, the long week event featured 14 teams drawn from Lagos, Oyo,Osun and Kwara States as the final also witnessed presentation of merit awards to critical stakeholders for their contributions to the development of Sports.