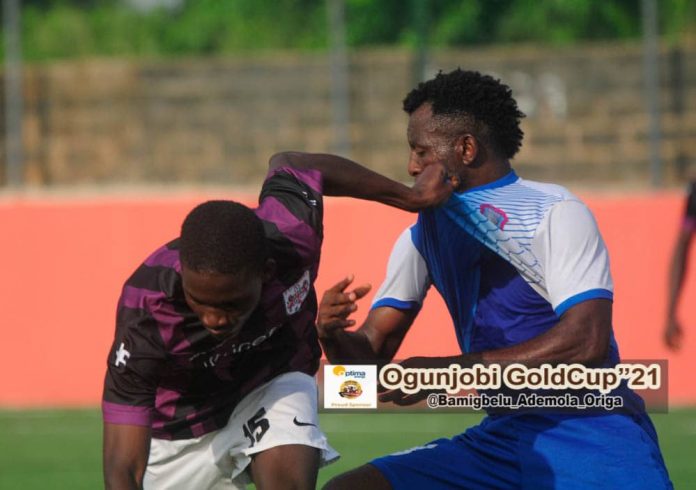 One of the poster boys of the Nigerian Professional Football League(NPFL) Destiny Ashadi has vowed to rediscover his good form and win the Ogunjobi Gold Cup with Niger Tornadoes.

Ashadi, 26, no doubt is one of the most gifted attacking midfielders in the domestic league, as he is a delight to watch on the pitch owing to his dazzling skills and leadership qualities too.

The CHAN Eagle star who was among the squad that lost 3-2 to Spanish LaLiga heavyweight Atletico Madrid in a friendly at the Godswill Akpabio International Stadium in 2018, has had a fair share of injury of late, which slowed his game and made him not to hit form at Rivers United last season.

Now with the Ikon Allah Boys, at the Ogunjobi Gold Cup a delightful Ashadi said: “Glad to be with Tornadoes playing and gradually am finding back my form with the matches I have played in this tourney.

“I left Rivers United by mutual consent, not for any other thing, injury slowed me down at Rivers United. When I recovered I was not convinced with the play time I was getting, so I had a private meeting with Coach Stanley Eguma and he agreed that I can get my release papers and go to a team where I would much playing time.

“Am having a splendid time with Tornadoes, the atmosphere at the club is good as we are a family and have mutual respect for one another.”

“My partnership with Daniel Edeh in the  midfield has been good as we have a better understanding of ourselves as we speak same dialect, so communication has been the key to our impressive play.

“It’s going to be a different ball at the semi-finals as we will approach the game against Remo Stars with the zeal to win. We won’t be complacent.”