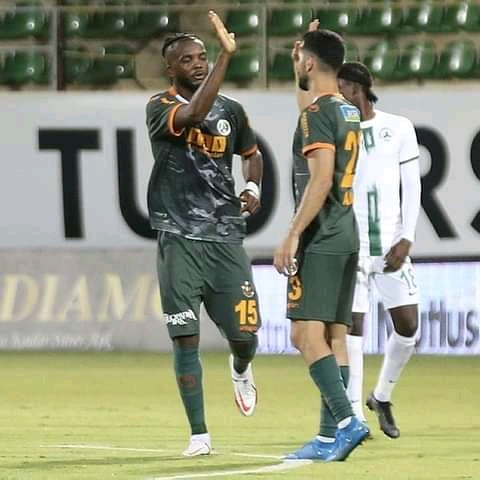 It was an heroic display for Super Eagles defender, Chidozie Awaziem who scored on his debut for Alanyaspor in their home win over Giresun Spor, on Monday at Bahçeşehir Okulları Stadyumu, Alanya.

The 24-year-old joined the club on loan from Boavista for the rest of the season just after the International break played the entire minutes of the encounter.

The former FC Porto player was given heroic applause by his teammates and the fans at the end of the game.

According to report from Brila.net the goal was his fourth club career goal, having previously netted twice for FC Porto II and once FC Nantes, where he played on loan from Porto in the 2017–2018 season.

The goal gave Alanyaspor their second victory of the season and it was enough to move the Bulent Korkmaz tutored side to 11th on the table.