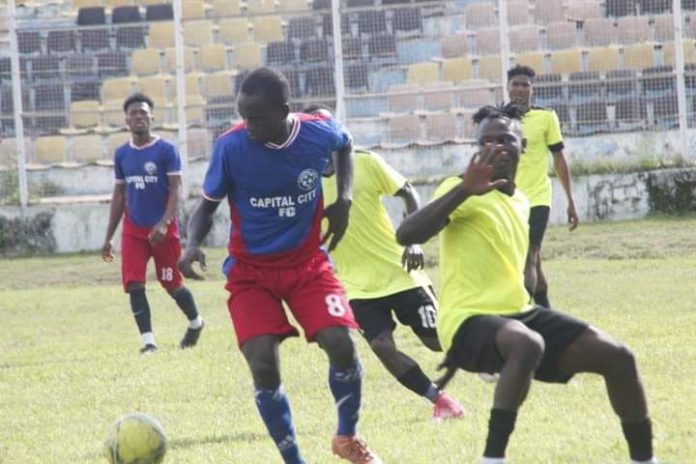 Chairman of Niger Tornadoes, Honourable Adamu has given assurances that the Bako Kontagara Stadium would be approved by the League Management Company (LMC) to host NPFL matches as plans are underway to upgrade the edifice.

The Ikon Allah made a return to the Nigeria Professional Football League (NPFL) after two seasons in the second-tier league as they emerged top of Group A in the Nigeria National League (NNL) Super 8 play-off in Enugu.

Coach Bala Abubakar led Tornadoes, achieved the feat as they earned four (4) points in the Group phase after they drew 0-0 with DMD FC of Maiduguri, beat El-Kanemi Warriors 2-0, while just needing a win or drew its last game with Gombe United.

A delighted Aliyu said: “As the PPS to the Governor, by that, my office is the clearinghouse. I have made this known to the House Committee on Sports and plans are in top gear to have the stadium upgraded to meet with CAF and FIFA standards.

“It is in the budget and some companies have submitted their proposals, were are working with Due Process and after that, the contract for the upgrading of the stadium will be awarded.

“If all things go well, am 80 per cent sure fans will watch the team in Minna. But you know we are in the rain season, and not a good time to embark on projects. In case the Kontagara Stadium doesn’t get the approval, there’s a plan to have the team play its NPFL matches on comfortable ground.

“Recall the last two seasons, the team played its home game in Lakoja, the Kogi State capital and didn’t lose a home game, so that’s an option for us.”

Aliyu also attributed the club’s success story this season to hard work as he also assured that the club will play its Nigeria Professional Football League (NPFL) home matches at the Bako Kontagara Stadium.

“The success story of Niger Tornadoes in the Nigeria National League and Super 8 play-off in Enugu, is a product of hard work, patience and commitment from the squad in ensuring that our set objectives for the season are achieved.

“Credit too must go to the Niger State Government for providing financial backing to the team and indeed the Executive Governor, His Excellency Abubakar Sani Bello personal interest in sports and the state-sponsored team, Tornadoes.

“We have set a standard and the technical crew have done extremely well looking at the process of players recruitment and executing matches to getting the needed results.

” Now that a promotion ticket has been sealed, the next is to win the Super 8 trophy. We have a team that can beat any team here in Enugu.

“But, the game of football they say is not mathematics, am upbeat the players will game the final game their best shot come Sunday.”

Tornadoes will be up against Gombe United on Saturday to determine who go top of the Group A table.