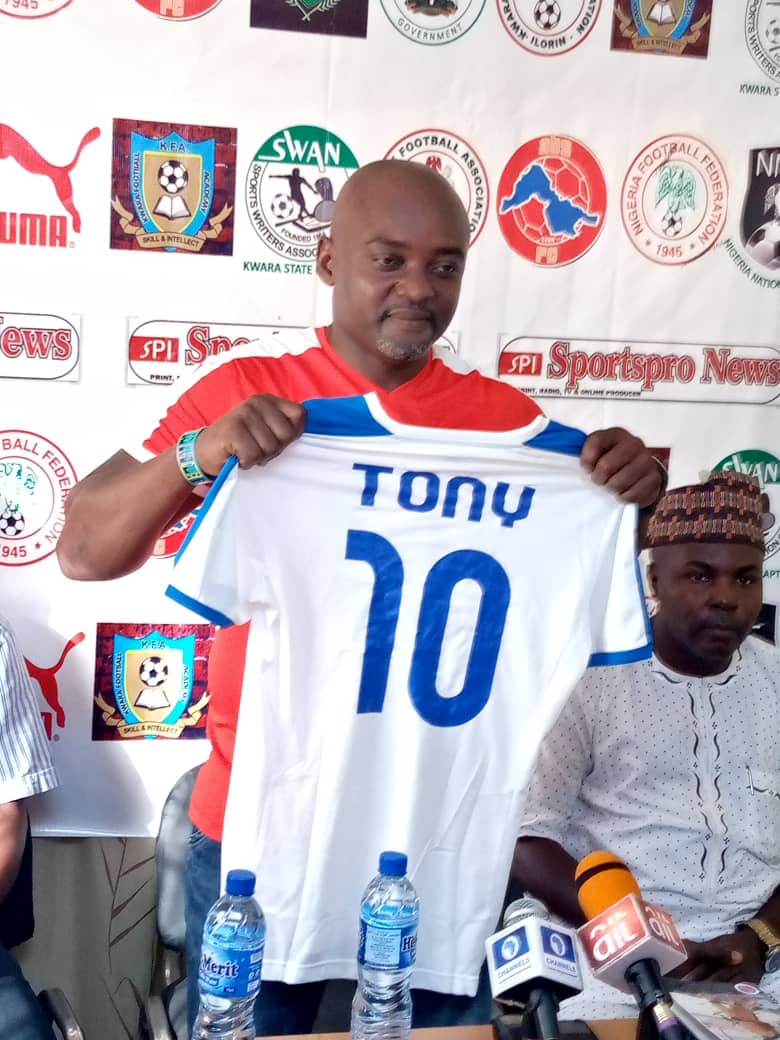 Anthony Encho, a coach from Barcelona Football Academy in Lagos has teamed up with the ABS Ilorin Football Club as the new Technical Adviser.

The Cameronian, who penned a year contract with the Ilorin based side was unveiled  after the exit of the former Technical Adviser, Coach Yomi Elijah who  has now joined Lobi Stars FC of Makurdi to work with Coach Kabiru Dogo.

Presenting the new Coach, the Director of Football ABS FC, Alloy Chukwuemeka said “nature doesn’t allow for vacuum”, hence the need to get another capable hand to lead the team after the exit of the former Technical Adviser.

He revealed that the choice of Anthony Encho is borne out of the club desire to sustain its tradition of developing talents and the coaches to stardom.

“ABS FC is a club known for growing players and coaches and equally tries to empower footballers and technical officials to stardom” he said.

The football administrator noted  among many other targets for the new tactician is  to return the club back to the premier league and also consolidate on all its achievements to take it to the next level.

Alloy added that Encho will enjoy all the welfare packages which includes good accommodation, official car and medics in line with the standard practice across the globe .

Anthony, who last worked for Barcelona Academy in Lagos in his remarks assured the club management and the stakeholders of his readiness to live up to expectations while counting on their support.

The 44 year old CAF C license holder worked as Assistant Coach of Mount Football Cameroon FC between 2010 and 2012, served in the same capacity with Nakhon Si Football Academy, Thailand U-19 team from 2012 to 2013.

“I am ready to work very hard and  you see this number 10 (jersey) am holding (sic),I discovered since Jay Jay Okocha left football we have not discover any number 10 so I am here to discover another number 10”.

The new coach is expected to resume immediately as the club will also be participating in the upcoming Ogunjobi Gold Cup tourney starting in Ilorin on 29th of October with ABS FC opening their matches against Remo Stars FC in the Match Day 3 of the competition.