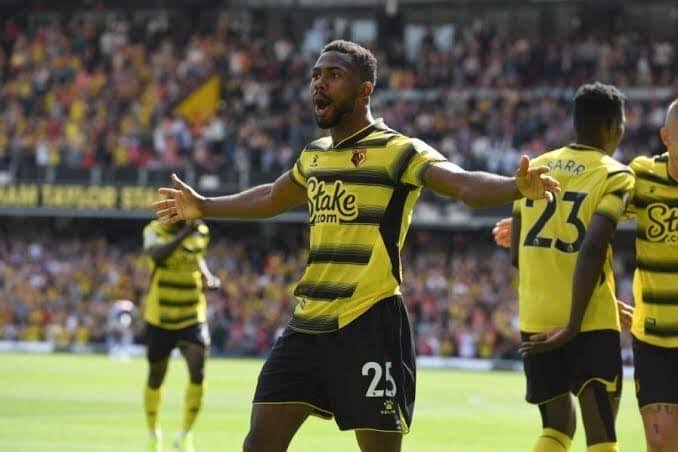 The striker who was a doubt for this encounter after he picked up a knock in Saturdays 4-2 loss at Leicester City shaked off his injury worries to be named in Claudio Ranieri’s starting eleven as they welcomed the European champions.

Boss Thomas Tuchel’s side started slow before teams both were taken off the field by the referee on 13 minutes after play was stopped following an incident in the stands.

The score was 0-0 at the time. The match was resumed around 30 minutes later.

Midfielder Mason Mount kicked the game into action when he opened the scoring on 28 minutes. Teammate Kai Havertz received the ball in the penalty box before he slid a short pass to Mount who side-footed into the bottom corner. Havertz looked to double Chelsea’s lead when he netted himself shortly after, but it was quickly disallowed for offside.

Watford hit back when Emmanuel Dennis equalised on 42 minutes, striking through the legs of defender Antonio Rudiger and finding the bottom corner to score his sixth goal of the season.

Midfielder Moussa Sissoko missed a glorious chance to put Watford ahead on the stroke of half-time when he found himself one-on-one with goalkeeper Edouard Mendy, but he miskicked the ball wide.

Ziyech netted a winner on 72 minutes as he struck home an inviting low cross from Mount.

Emmanuel Dennis saw 90th minutes of action alongside his country man Williams Troost Ekong who was solid on the night for Watford.