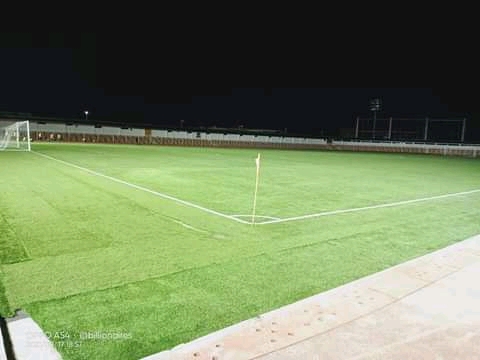 Bayelsa United could be forced to adopt another home ground for their second round CAF Confederations cup playoffs against Tunisian side SS Sfaxien, after it’s home ground the Samson Siasia Arena Yenagoa failed to meet CAF’s standard, Owosports.com.ng garthed.

According to Felele247.com, it was disclosed that Caf took the decision following poor technical report on the Samson Siasia Stadium after Bayelsa’s 4-2 home victory last weekend against their Guinean first round opponents.

The source also revealed that CAF has already forwarded the decision to NFF alongside the list of approved stadiums for continental games at the club level.

The Enyimba Stadium Aba got CAF’s nod alongside the Port Harcourt home of Rivers United who zoomed into the Caf Champions League second round after beating Young Africans of Tanzania by 2-0 aggregate.

With this development, Bayelsa United would be forced to play outside Yenagoa unless the state government moves quickly to work on the Samson Siasia arena.

It would be noted that the Bayelsa state government had before United’s first game awarded the contract for the renovation of the stadium, but the contractor is said to have messed up the playing turf.
A video had emerged on how a tricycle popularly called Keke Napep was being used to work on the pitch constructed by Monimichelle Group.

The CEO of Monimichelle, Ebi Egbe, a Bayelsan has since said his company was not involved in the renovation work being done on the 5,000 capacity stadium.