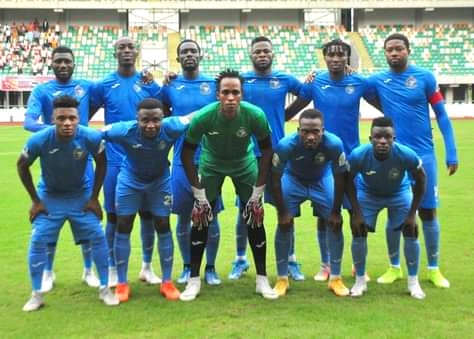 The peoples Elephants Enyimba have been drawn to take on Senegalese side Diambers FC in the second preliminary round of the 2021/2022 CAF Confederation Cup.

This follows Diambers’ elimination of Guinean side Wakriya AC in the first preliminary round as three second-half goals ensured a 3-0 win for the Senegalese club at the Stade Lat Dior in Thiès, Senegal, on Sunday.

Owing to political tension in Guinea, the Confederation of African Football released a statement last week announcing that matches involving Guinea’s three representatives in the first preliminary round of the Interclub Competitions would be decided over a single leg in their opponents country. CAF’s decision, therefore, means that Sunday’s win was enough for Diambers to advance to the next stage.

Diambers, co-founded by football great Patrick Vieira in 2003, are making their debut in the Confederation Cup, but their participation in the Champions League in 2014 implies a previous experience in the CAF Interclub Competitions.

Enyimba will be on the road for the first leg of the second preliminary round tie between 15-17 October before hosting the return fixture a week later.