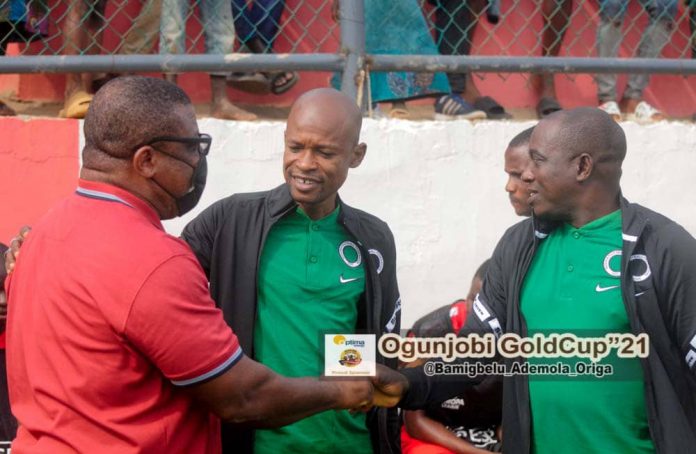 Nigeria Football Federation (NFF) Executive Member and Chairman Technical and Development Committee, Ahmed Yusuf Fresh has told OwoSports.com.ng that Coach Salisu Yusuf reinstatement to the Super Eagles was for the interest of the nation.

According to Fresh when interviewed at the Ogunjobi Gold Cup pre-season game between Shooting Stars and FC Ebedei in Sagamu, the Niger State Football Association chairman said.

“But before all of these were made, we had met with Gernot Rohr on the matter and the Franco-German said he needed his assistant, Salisu Yusuf.

“Salisu, Rohr said is a good man and coach as
his match –reading ability, calmness and proficiency is of quality, and that was why we decided for the good of the game and interest of the country.”

Asked if Joseph Yobo would remain as an assistant now that Salisu Yusuf is back.

“Nothing happens to Yobo as he is still an assistant coach of the Super Eagles,” Fresh stressed.

Recall the NFF banned Yusuf for one-year from all football-related activities and was also told to pay a fine of $5,000 to the Federation within three months after he was caught on video accepting a bribe.

The ban was later reduced after the NFF sent him to be acting Technical Adviser of Rangers during their campaign in the CAF inter-club championship two seasons ago.

Yusuf’s return to the Super Eagles coincides with the closing stages of the FIFA World Cup Qatar 2022 qualifying second round phase and the commencement of preparations for the 33rd Africa Cup of Nations finals taking place in Cameroon early next year.