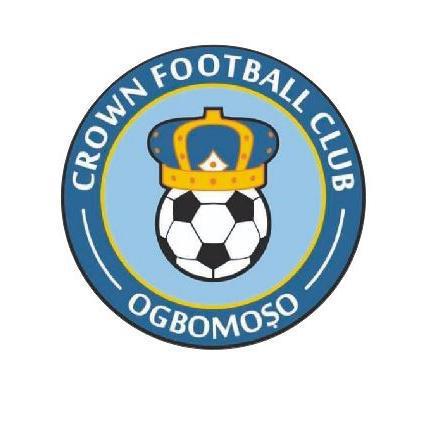 Sequel to the lifting of ban on contact sports by the Presidential Task Force On COVID-19, Crown Football Club of Ogbomoso, has set Wednesday 21st October, 2020 as resumption date to prepare for the new season.

In a statement released after the club meeting with the management and head of the technical crew, held at the new club secretariat, the Acting General Manager of the club, Mr Oyeleye Oyekunle, said the club camp will be opened at 12:00am on Tuesday 20th October, 2020.

The retained and invited players are to resume as stated as full training will commence on Thursday 22nd October, 2020 at the Soun Township Stadium, Ogbomoso.

In strict compliance to the COVID-19 rules, no member of either the fans or supporters of the club including lovers of the game will be allowed into the stadium with the exception of the club officials who will be mandated to observe social distancing and compulsory use of nose masks.

The Acting General Manager further stressed that the exercise is not meant for opening screening but strictly for
invited players.

He passionately pleaded to the football loving people of the town and supporters of the team to bear with the team on the latest development.

It should be noted that this is the sixth month that all contact sports in the country have been banned because of the deadly Coronavirus pandemic, in the preventive measure to curb the spread of the virus.

The football fraternity was however agog on the evening of Thursday 15th October, 2020, when the Presidential Task Force on Covid-19, headed by Boss Mustapha, the Secretary to the Government of the Federation, in conjunction with the Federal Ministry of Youth and Sports announced the resumption of contact sports, thereby bringing back football activities in the nation.

In his reaction to the development, the Acting General Manager of the Ajilete Warriors, Mr Oyekunle Oyeleye said ;

” We are happy that the most popular and unifying game, football, is back in Nigeria, after six months, all in the proactive measures to curb the spread of the deadly pandemic”.

” We appreciate the Honourable Minister of Youth and Sports Development,Mr Sunday Dare, the Nigeria Football Federation (NFF), League Management Company (LMC) , the media and all other stakeholders who worked relentlessly to make this happen”.

‘ I wish to once again register my condolences, on behalf of the club, to our number one sports fan in the state, His Excellency, Governor Seyi Makinde, on the demise of his mother, Mrs Abigail Omojolagbe Makinde. We pray that the Lord will grant him and the family the fortitude to bear this great loss.”

” Profoundly, we say a very big thank you to the governor
for his humanitarian gestures, prompt payment of our monthly salaries, to the club in the trying period. Crown FC wish him success in all he lays his hands on”.

‘” The brain box behind the recent giant strides, Asiwaju Seun Fakorede, the Honourable Commissioner For Youth And Sports, is worth appreciating for all his efforts at repositioning the club and other sports in the state to greatness”.

On the preparedness of the club ahead of the resumption date, the Acting General Manager had this to say;

” We are adequately ready , as usual, for the resumption. The club camp has been fumigated and quarantined, the surrounding is very tidy while buckets full of water, soap and sanitizers have been placed at strategic points within and outside the club camp and the stadium’.

” Aside the social distancing rules, the club has an infrared thermometer while each player will be given customized nose masks”.

“Any deviant player or official to the stipulated rules of Covid-19 will be sanctioned”.

The Acting General Manager used the privilege to appreciate the supporters and fans of the Ajilete Warriors for their loyalty and unalloyed supports while pledging that the team will make them proud in the yet to commence 2020/2021 Nigeria National League (NNL) Football Season.

While wishing them unprecedented success in their new assignment, he equally charged them to continue being good and worth ambassadors of Crown FC, Ogbomoso and Oyo State at large.