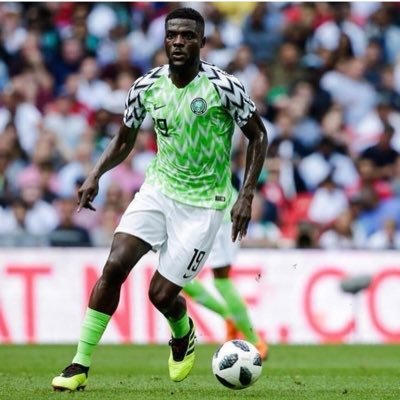 John Ogu was one of the loudest voice as some Nigerian players joined the #ENDSARS campaign across the world few weeks ago and would later mooted the idea of Super Eagles players to boycott matches.

As the campaign now seems to have lost its stand, Ogu has shown remorse about his statement and has apologized to Nigerians.

He said: “I want to sincerely apologise to Nigerians, Nigeria Football Federation, players of the Super Eagles , both past and present and even those dream to wear the green and white jersey that o wore with great pride and honour.

In a message signed by John, he admitted that he crossed the lines by asking players to boycott the AFCON qualifier. 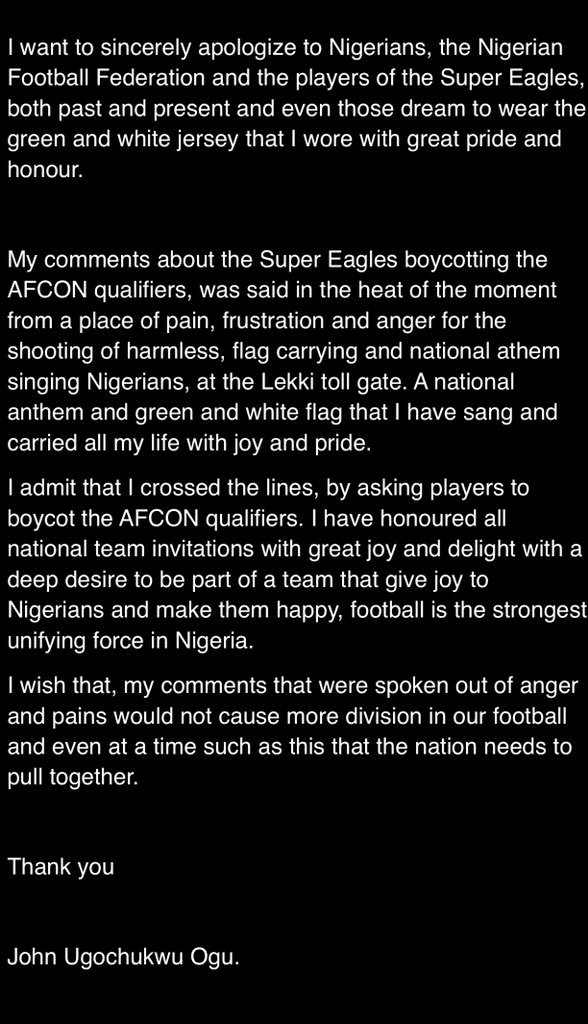 Ogu was really pressed by the suspected shootings at the Lekki toll gate on the 20th of October, 2020.

He recalled that his comments were informed by the “heat of the moment from a place of pain, frustration and anger for the shooting of harmless, flag carrying and National anthem singing Nigerians at the Lekki toll gate.

“I admit that I crossed lines , by asking players to boycott the AFCON qualifiers.

He further added that “football is the strongest unifying force in Nigeria as he had in the past honoured all National team invitations with delight knowing fully well that it has the potency to bring joy to Nigerians.

Like Ogu, Odion Ighalo of Manchester United was also seen in a video which went viral blaming the Political leaders in the country for the misfortunes that have befallen the Nation.

The NFF President, Amaju Pinnick had also waved off the effects of Ogu’s boycott suggestion as Super Eagles prepared for a doubleheader AFCON qualifier against Sierra Leone.

The Super Eagles will host their opponent in Edo early next month before travels to Sierra Leone for the return leg.