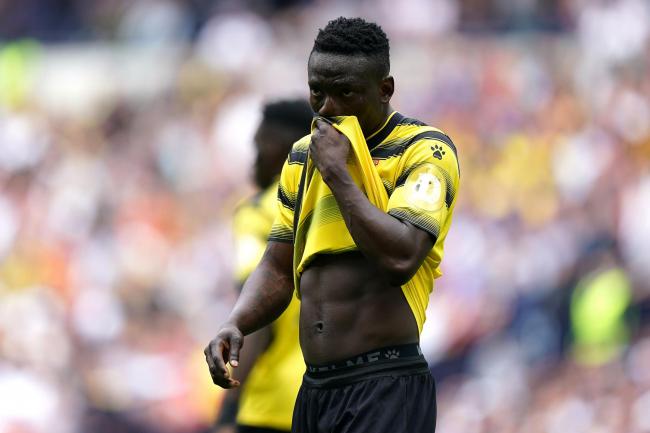 English Premiership Club Watford have confirmed that Super Eagles midfielder Ogenekaro Etebo will spend a lengthy time on the sidelines due to a torn quad muscle, Owosports.com.ng reports.

The midfielder who is on-loan from SkyBet English Championship side Stoke City, sustained the injury at the end of Saturday’s 1-1 draw with Newcastle and the Hornets confirmed his anticipated long-term absence on Thursday.

A club statement said “Etebo is expected to be out for between four to five months” in a blow to boss Xisco Munoz.

The Nigeria international was introduced in the 75th minute against the Magpies but had started the club’s first four games in the Premier League this season.

Munoz will have Tom Cleverley available for the trip to Leeds on Saturday despite the ex-Manchester United midfielder being forced off with suspected concussion at the weekend.

This also means that the Brazil 2016 Olympics Bronze medalist will miss the rest of Super Eagles race to Qatar 2022 FIFA Worldcup after being left out of the recent list released by the German tactician, Gernot Rohr.