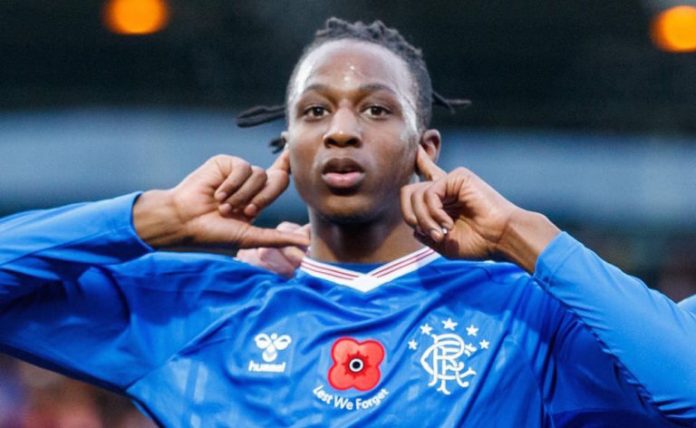 Former Scotland star, Barry Ferguson believes it would take an offer of over £10m for his ex-club Rangers to consider selling Super Eagles star, Joe Aribo.

Aribo joined Rangers on a free transfer in 2019 and has gone on to become one of the club’s best players. The 25-year-old won the club’s young player of the year in his first season and the goal of the season.

The Super Eagles star has continued in the same vein, as he has been arguably Rangers best player this season.

He has scored four goals in 14 league appearances this season, the latest of which was a stunner against Livingston last Sunday.

These performances have put Aribo in the spotlight, and there have been suggestions he could move to the Premier League in January, with Crystal Palace interested.

Aribo was also one of Steven Gerrard’s trusted players during his time as Rangers coach and could reunite with the Liverpool legend, who is now the manager at Aston Villa.

However, Ferguson believes it is unlikely Aribo leaves Rangers in January but did admit that an offer of over £10m (₦5.4b) could convince his former club to sell.

“Depends how long he’s got left on his contract, he might have a couple of years, I’m not sure,” Ferguson said on the Go Radio Football Show as per Daily Record.

“You know you’ve got a chance of losing your best players. If they perform well up here, teams down in England are going to come in and pay big money.”

“But, for me, you’re looking at over £10million for Joe Aribo,” the former Blackburn Rovers star added.

Aribo’s contract at the Ibrox expires in 2023.