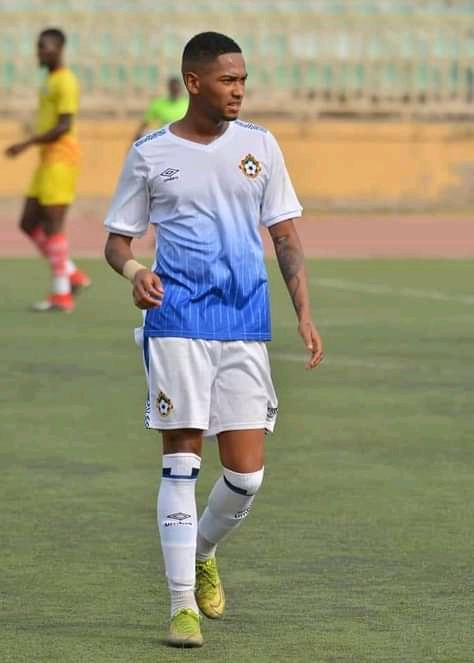 The Brazilian import will not be wearing Kwara United jersey in the coming season.www.owosports.com.ng can reports.

He joined the team on a year loan and his Nigerian agent, Alade Peter Denise confirmed in an an exclusive chat with www.owosports.com.ng that, the 26-year-old attacker will not be extending his contract with the team.

Lucas, who was brought in with a lot of expectations to the team couldn’t hit much of the show for the Coach Usman Biffo led side, even though as the gaffer once claimed he was an asset to the team.

According to an information obtained from www.transfermarkt.com, he was only featured in four games and played 194 minutes in total for the Harmony Boys.

Alves made the headlines recently as he was pictured presenting the Kwara United jersey to Brazilian legend, Cafu in Brazil.

Agent Peter Denise however didn’t reveal the next move for the South American prodigy.