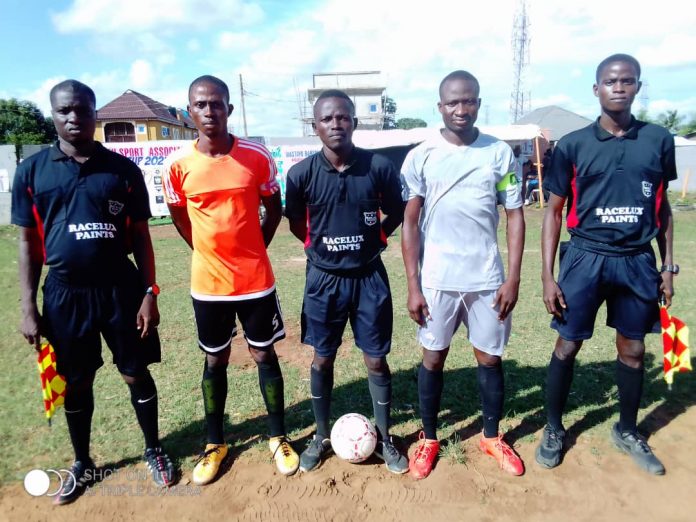 No doubt about it the best grassroot football competition in Alimosho Fasco Cup has lived up to expectation through the whole vicinity of Alimosho.

The competition has been on for a month plus with intensity way of organization to the prestigious competition from start to finish.

Hambick Football Club on a superb performance got an early goal against Wilson int’l Football Club in the first Semifinal game that can not be reversed till full-time give them the upper hand to the finals.

Oyetunji Sulaimon Abisoye head of the organizing committee said “We have really work towards the successfulness of this great Competition and here we are in the finals.

On the 5th of September which is the final date there will be mix of football and entertainment with loads of fun.

Hambick Football Club will take on Roy Football Club in the grand final on the 5th of September by 4pm at Idowu Fadeyi Field Ayobo Playing Ground Amule Ayobo Lagos.