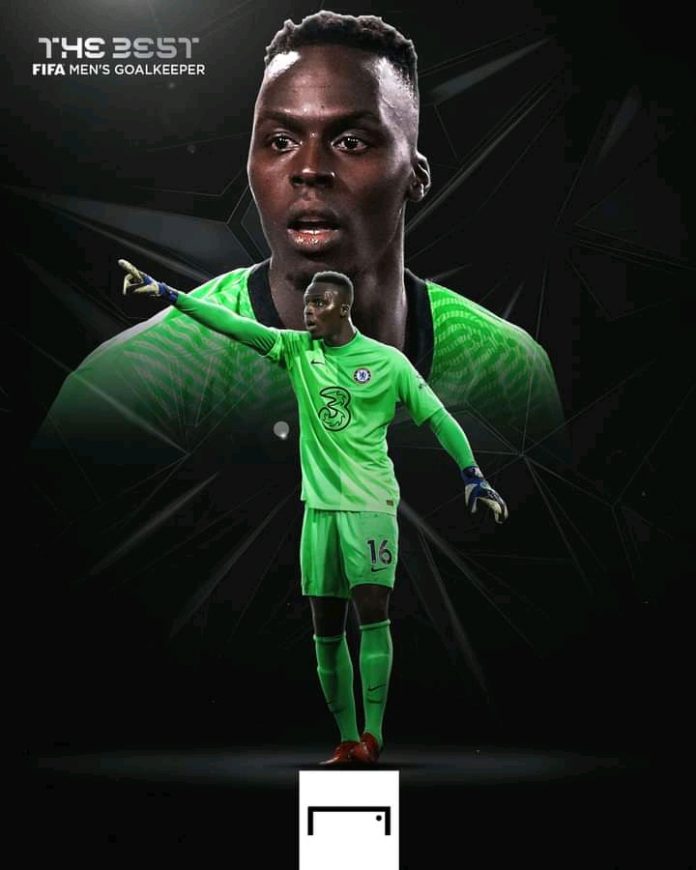 Chelsea and Senegalese goalkeeper Edouard Mendy has been crowned the best Fifa Men’s Goalkeeper for the year 2021, Owosports.com.ng reports.

The 29-year-old beat Italy’s Gianluigi Donnarumma and Germany’s Manuel Neuer to the top prize in the Awards which was held in Zurich to become the first African goalkeeper to win the award.

The former Rennes goalkeeper had an impressive first season at Chelsea after helping the Blues to win their second Uefa Champions League crown keeping a record nine clean sheets in the process.

Eduardo Mendy is currently with the Senegalese team at the Africa Cup of Nations and he has been described as a pride to the continent as he looks forward to playing his first match in Cameroon against Malawi on Tuesday after missing the first two games to positive COVID-19 test.