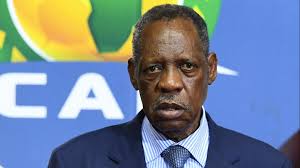 World fotball governing body FIFA, has placed a one year ban on former CAF President Issa Hayatou on Tuesday on the grounds of corruption in African Football, Owosports.com.ng garthed.

According to Africanews, Hayatou, who served as CAF president for 29 years, was banned for one year for a breach of “duty of loyalty” rules, FIFA said in announcing the ruling of its ethics committee.

The FIFA investigation concluded Hayatou signed CAF “into an anti-competitive agreement with Lagardère Sport,” a media rights agency based in France.

Hayatou was a long-time FIFA vice president and its stand-in president for several months between Sepp Blatter’s suspension from office in October 2015 and the election of Gianni Infantino four months later.

The 74-year-old Cameroonian lost the CAF presidency in 2017 in an election against Ahmad Ahmad of Madagascar, whose campaign had been supported by Infantino.

Ahmad is now serving a two-year ban after an investigation of financial wrongdoing by the FIFA ethics committee. That case ended his candidacy to stand for a second term.

The new CAF president is South African billionaire Patrice Motsepe, who was elected unopposed in March after other candidates stood aside in a deal brokered by Infantino.

It was unclear if the FIFA ban will affect Hayatou’s honorary membership of the International Olympic Committee. He got honorary status after his 15-year membership ended in 2016.