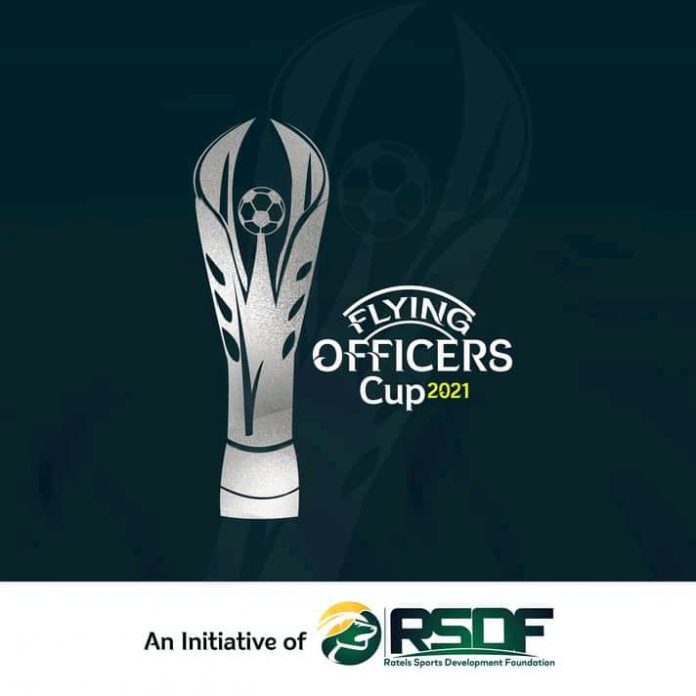 Some of the Managers who spoke to the Media recently, described the tournament as a good way for their various teams to prepare hard at the highest level, ahead of the beginning of the Premiership season.

Nasarawa Amazons Head Coach, Christopher Danjuma, whose team participated in the last two editions of the Flying Officers Cup said the tournament has always helped and given his team a clue of what to expect, when the league starts.

According to the Nigeria U-20 Women National team, the Falconets Gaffer, the Competition offers his team the opportunity to gel better by playing against top teams in a very competitive atmosphere.

“It has always been a perfect way to start the season. The Flying Officers Cup, has become a tradition for Nasarawa Amazons. We were at the last two editions and got to the finals, losing to Edo Queens and Bayelsa Queens respectively. It gives us the chance to get better as a team and that’s one thing that has really been helping us.” He Concluded.

Osun Babes will be participating in the prestigious tournament for the first time this year, having missed out of the last two editions and the Head Coach of the side Olayinka Adunola said she is optimistic and looking forward to a fantastic Pre-season Championship in Abuja.

” No doubt, we have always wanted to participate in the tournament, but am glad that we can this time around. We know the standard of the tourney and understand that we have to be at our best to keep the momentum going until the league starts. We want to have fun on the pitch, at the same time, try some new players and improve as a team everyday. The Flying Officers Cup offers us the platform to do that.” She Concluded.

Bayelsa Queens Head Coach, Moses Aduku said his team will use the tournament to test new players and strategize ahead of the new season. Bayelsa Queens recently won the AITEO Cup and a lot is expected from them in Abuja, but the experienced Gaffer insist it’s just a Pre-season Championship.

“Every Coach wants to win something and add more silverware to the ones they already have in their cabinet. We are going to be ourselves, improve in every game and test the quality that we have and definitely won’t put too much pressure on ourselves. I am impressed with the standard of the Competition and no doubt, it is the best.” He Concluded.

Sunshine Queens will also be at the Flying Officers Cup for the first time and their Manager, Tayo Onilude is very much excited too.

“We have been working hard everyday to get the players in shape and against all odds will be giving our best in Abuja. The good thing is that we would be playing against some solid teams and perhaps we would be using different formations and tactics to execute our games, until we get it right.

For Bankole Olowookere, his team Naija Ratels surpassed so many people’s imagination, by reaching the Semi-final of the 2020 edition. His team, then in the NWFL Nationwide, went on to beat teams like Royal Queens, Kaduna Queens and played draws with Edo Queens and Nasarawa Amazons in the third place and Semi-Final games respectively, now in the Premiership, Olowookeere thinks his team will compete better.

“We did well last year and hopefully, we can do more and play better, he said. The team will continue to improve on its style of play and that is the most important thing for us.” He Concluded.

AITEO Cup finalists, FC Robo Queens of Lagos will also plan to make a grand entry into the Competition this year. The ‘Lagos Landladies’ have quality players and are looking at competing with the best. The Head Coach and owner of the Club, Osahon Emmanuel also gave a huge thumbs up to Barrister Paul Edeh and Ratels Sports Development Foundation for being consistent with the Pre-season Championship.

“We are working towards competing against some of the best teams in Nigeria and Africa. This is a while new idea from what we used to have in the past. Kudos to the Organisers as we look forward to having a great tournament.

The Flying Officers Cup is the biggest Women Football Pre-season Championship in Africa and this year’s edition, the third will see teams from Nigeria, Ghana and Benin Republic participating.