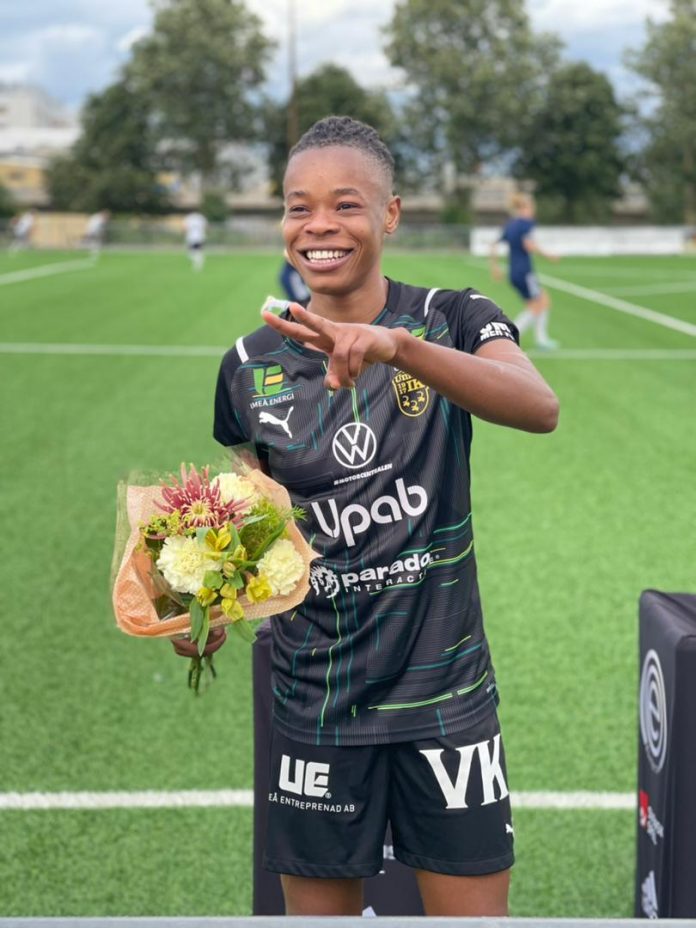 Umeå IK FF defender Glory Ogbonna has been awarded as Woman of the match after they defeated Alvsjo ALK FF 2-0 away from home.

The Super Falcons Defender was highly effective as she played a key role in ensuring her team did not concede.

Two first half goals from Mal and Henna Honkanen was all the team need to pick maximum points and remain ontop of the Swedish Elitettan League with 35 points.

An elated Ogbonna thanked her teammates for helping her settle.

“I want to thank God for everything, my teammates for their love and support.

They helped me settle, I feel at home here”.

The former Edo Queens player will hope to continue her fine form as her dream will be to lift the league and return the Umeå IK FF to the top division.