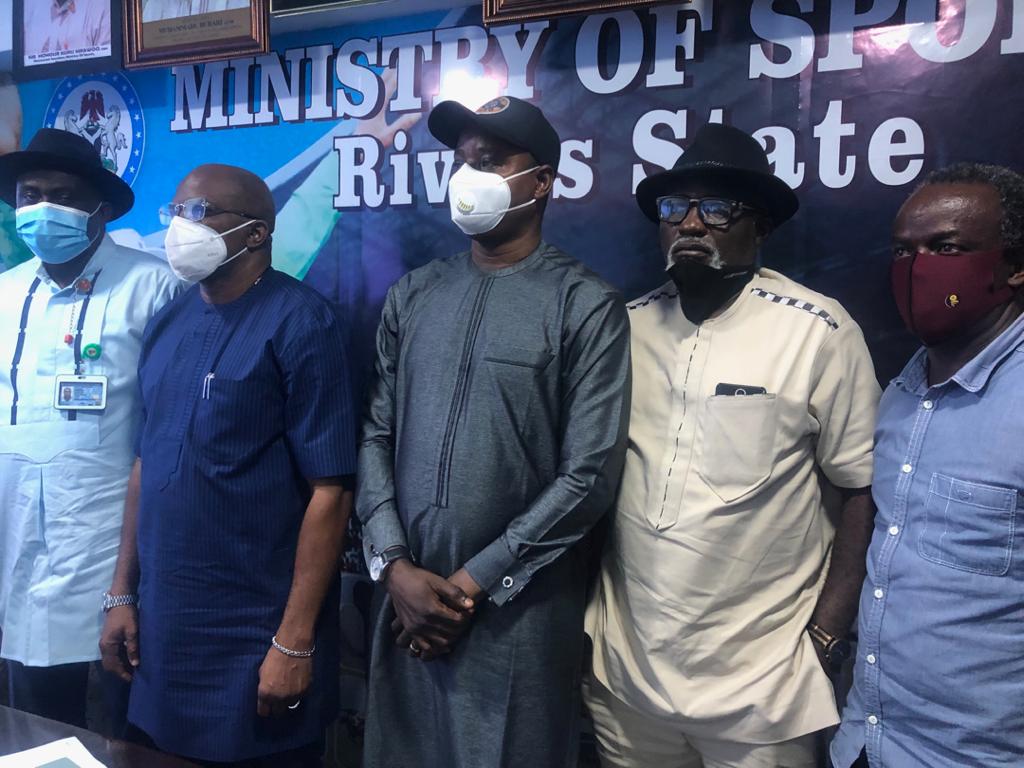 Permanent Secretary, Rivers State Ministry of Sports, Honour Sirawoo has assured that the COVID-19 guidelines will be strictly followed during the second edition of the Governor Wike Pre Season Tourney.

He said this during a telephone conversation with SportsVille on Sunday.

According to him the safety COVID-19 protocols will be strictly followed during the pre season tourney in the Garden City of Port Harcourt.

“Let me congratulate and commend the Sports Minister for his efforts, and praise my colleagues (Sports Journalists) for the pressure that they put on the system,” Honour Sirawoo said.

It will be recalled that the Governor Wike Pre Season Tourney Organizing Committee chaired by Badawiy Bashir was inaugurated last Monday.

And Hon Sirawoo declared that all the Covid-19 protocols would be strictly adhered to.

Hon Sirawoo continued: We have directed the committee handling the tournament to ensure that every Covid-19 protocol is adhered to. If you allow two persons to the Stadium, they must be subjected to the appropriate screening and protocols. The distancing must be there.

“We want to enjoy good football. We have appealed to the teams to come along with certified copies of tests that they were subjected to, in order actually match our actions on the Covid-19 protocols.”

“Having said that, the Governor Wike Tournament Committee was inaugurated last week. It is in the second edition, the first edition was fantastic and we saw benefits it brought to our people.

“Rivers State is the home of sports and football features prominently. People haven’t seen quality matches for sometime due to the Covid-19 pandemic,” he added.

Venue of the tournament is Sharks Stadium.