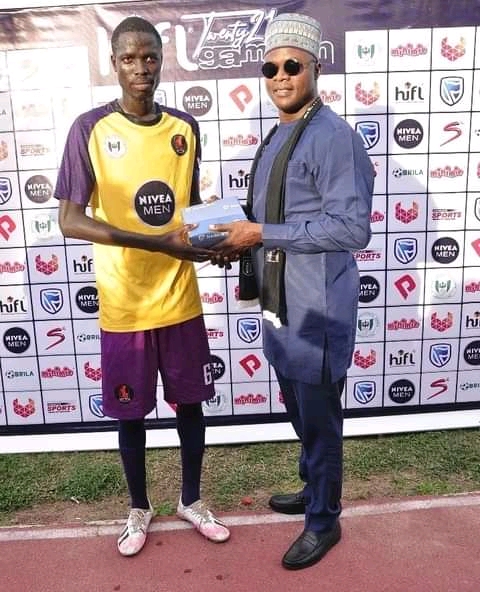 For many, it wasn’t a surprise to see Ajao Sodiq putting up yet an impressive performance that eventually earned him the Stanbic IBTC Man of the match award during the first leg of the Quarter-final encounter between Unilorin Warriors and FUTMINNA Transformers.

Sodiq played an instrumental role in keeping off the visitors from Minna at Bay, winning a lot of tackles to deny them shots at goal whilst also making important clearances to that effect.

Unilorin Warriors were forced to a barren draw by FUTMINNA last Wednesday in the first leg of the match played in presence of their energetic and enthusiastic fans.

” I’m really happy with the award. I would like to appreciate my coaches and teammates for the support, and I want to assure them of a better performance going forward”. Said Sodiq who also won the overall best defender award of the 2019 edition of the HiFL league .

He expressed optimism that despite the goalless draw played at the home front, Unilorin Warriors will secure a victory over the ‘stubborn’ FUTMINNA in the second leg of the match billed for Wednesday 1st of September at Minna.