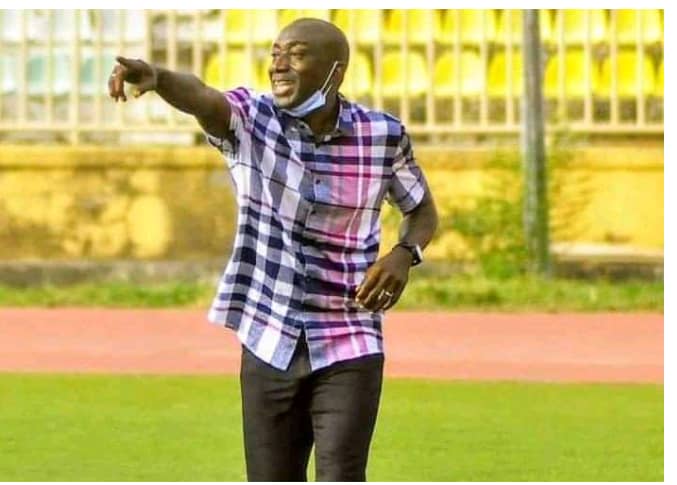 Coach Bala Abubakar has revealed the pep talk he told his players at halftime which spurred his Niger Tornadoes side to earn its first 3points at the Nigeria National League (NNL) play-off in Enugu.

The Inko Allah side needed two second-half goals to beat El-Kanemi Warriors and went top of Group A with 4 points thus sealing their chances of promotion to the Nigeria Professional Football League (NPFL) if they draw or beat Gombe United in their last game.

Bala who told OwoSports not to use Tuesday’s barren draw with DMD of Maiduguri to rate his team yet said after the victory against El-Kanemi Warriors.

“The difference between the team’s play today against El-Kanemi Warriors to that of Tuesday against DMD of Maiduguri was the players showing more commitment to winning games as it’s a different ball game now and if they could not qualify from the play-off, meant their hard work in the season was a waste.

“I told my Match Analyst to provide me with the team’s first-half statistics. A quick look at it, they made 30 successful attacks and created 11 goal scoring chances but couldn’t convert any.

” I just needed to psyche them up, urging them to settle into the game and then make the best decision with the ball once you have a goal-scoring chance.

“That paid off as the El-Kanemi Warriors goalie gifted us a penalty when Lukman Jimoh committed him to foul him inside the box and then the superb chip from Lukman to put the icing on the cake for us.

“We should have won the game with a high margin, however, I give credit to my lads. Next is the final game against Gombe United, which we will play with a different approach.”