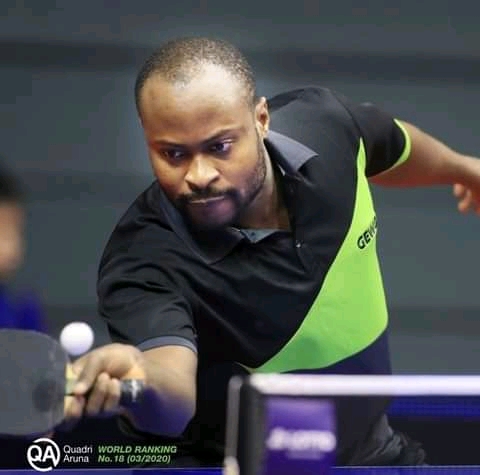 Nigeria and Africa’s number one ranked table tennis star Aruna Quadri has lambasted officials for their mismanagement which has led to the poor showing at the Olympics games in Tokyo,Owosports.com.ng reports.

Aruna Quadri who got to the Quater finals of the Men’s table tennis events at the last summer Olympics games in Rio, Brazil 2016, could not go past the third round in Tokoyo after he lost to Brazilian Gustavo Tsuboi.

Fellow tennis stars, Funke Oshonaike, Edem Offiong, Omotayo Olajide had all crashed out of the games at the early stage.

Quadri has now attributed the failure to the lack of competency on the part of the administrators who have been handed with the power to supervise the game as he called on the Minister for Youth and Sports Development, Mr Sunday Dare to take quick step in restoring sanity before it get out of hand.

“When you talk you are rude, cheating is always normal to them, no single respect for athletes, priority is never put on athletes some of you caught red handed is previous games”, he wrote via his Instagram account.

“You all wanted me to perform very well, but you removed my coach that qualified me to quarter final in Rio games.

“I dare you all to remove me because I said the truth.

“Athletes were been short paid and nobody should complain?

“If Honourable minister don’t come and address the athletes, these officials will spoil all the good things you have been doing”, he concluded.