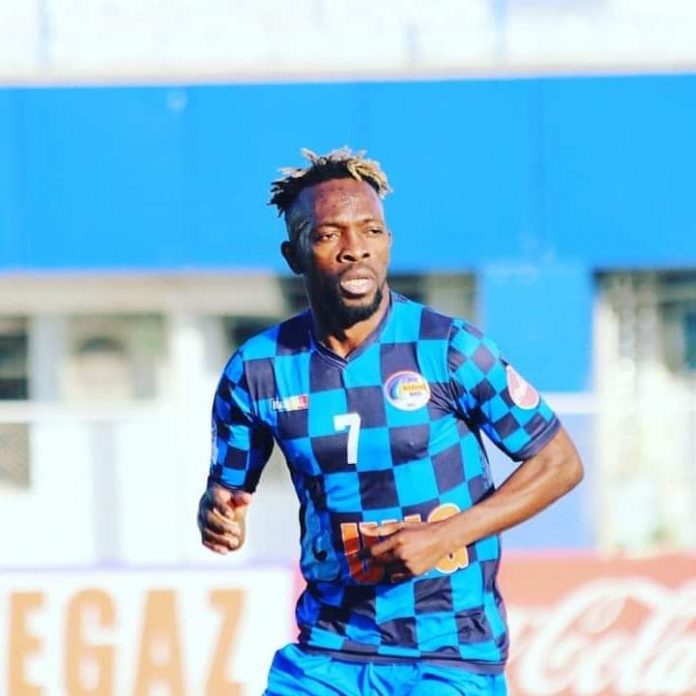 In recent years the Nigeria Professional Football League has thrilled us with some beautiful midfield sensational talents who has gone on to represent the Nigeria National team as well as making a name for themselves in Europe.

Ogenekaro Etebo who currently plays for English premiership side Watford and former Real Betis midfielder Emmanuel Nosakhare Igiebor are the few names who can never be forgotten in the Nigeria Professional Football League with both having a stint with Warri Wolves.

Ifeanyi Ifeanyi is one person that also comes to mind when you talk about midfielders who have left a mark in the Nigeria League but hasn’t been lucky with a chance with the Super Eagles A team despite being a regular for the Homebase Eagles during his time in the NPFL.

The 26-year-old, born in Lagos began his career with Water FC, before joining MFMFC of Lagos where he helped them to qualify for the CAF Champions League before leaving for Akwa United where he helped win the Nigeria Federation cup known as the Aiteo Cup in 2017.

The midfielder had a brief spell in Algeria before signing for Uzbekistan top-flight side Mash’al Mubarek in 2020 where he has established himself as a key figure for the club.

Ifeanyi Ifeanyi has had stints with the Nigeria National side, he was a member of the Flying Eagles squad to the 2015 FIFA U20 World in New Zealand was also a member of the Salisu Yusuf lead team to the Morocco 2018 Championship of Africa Nations (CHAN) where the Eagles finished second after losing to host Morocco in the final.

Ifeanyi Ifeanyi is a setpice specialist who has scored lot’s of goals from free kicks, one area the Super Eagles is currently lacking on since the departure of Austine Jay Jay Okocha, he also one player who brings calmness and composure in the middle of the pack, also has an eye for long and accurate passes.

Ifeanyi can comfortable play as a central midfielder, attacking midfielder and a defensive midfielder, he is one name who can give coach Gernot Rohr a quality midfield options going into next year’s Africa Cup of Nations in Cameroon.