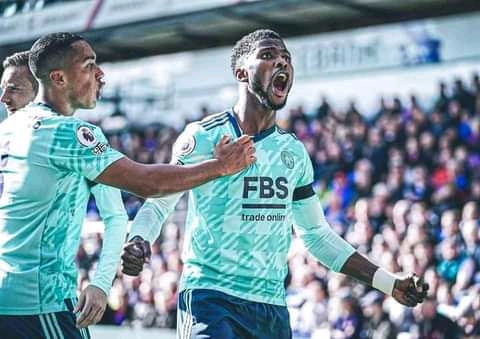 Kelechi Iheanaho has opened his league goal account of the season in Leicester City 1-1 draw in their English Premiership clash against Crystal Palace on Sunday Afternoon at the Selhurst Park.

After a sluggish start to the game Leicester City somehow found themselves 2-0 up before the half-time interval as Kelechi Iheanacho and Jamie Vardy both scored in the 31st and 37th minutes respectively.

Crystal Palace in the second half surged back as substitutes Michael Olise and Jeffrey Schlupp scored in the 61st and 72nd minutes to make it 2-2 as the game ended in a stalemate.

With the draw Crystal Palace have now recorded seven points from seven games, while Leicester have eight points placing them on Twelveth and Thirteenth position respectively.

The Nigerian International scored a total 19 goals last term with 12 coming from the Premier league, he has now scored two goals this season.