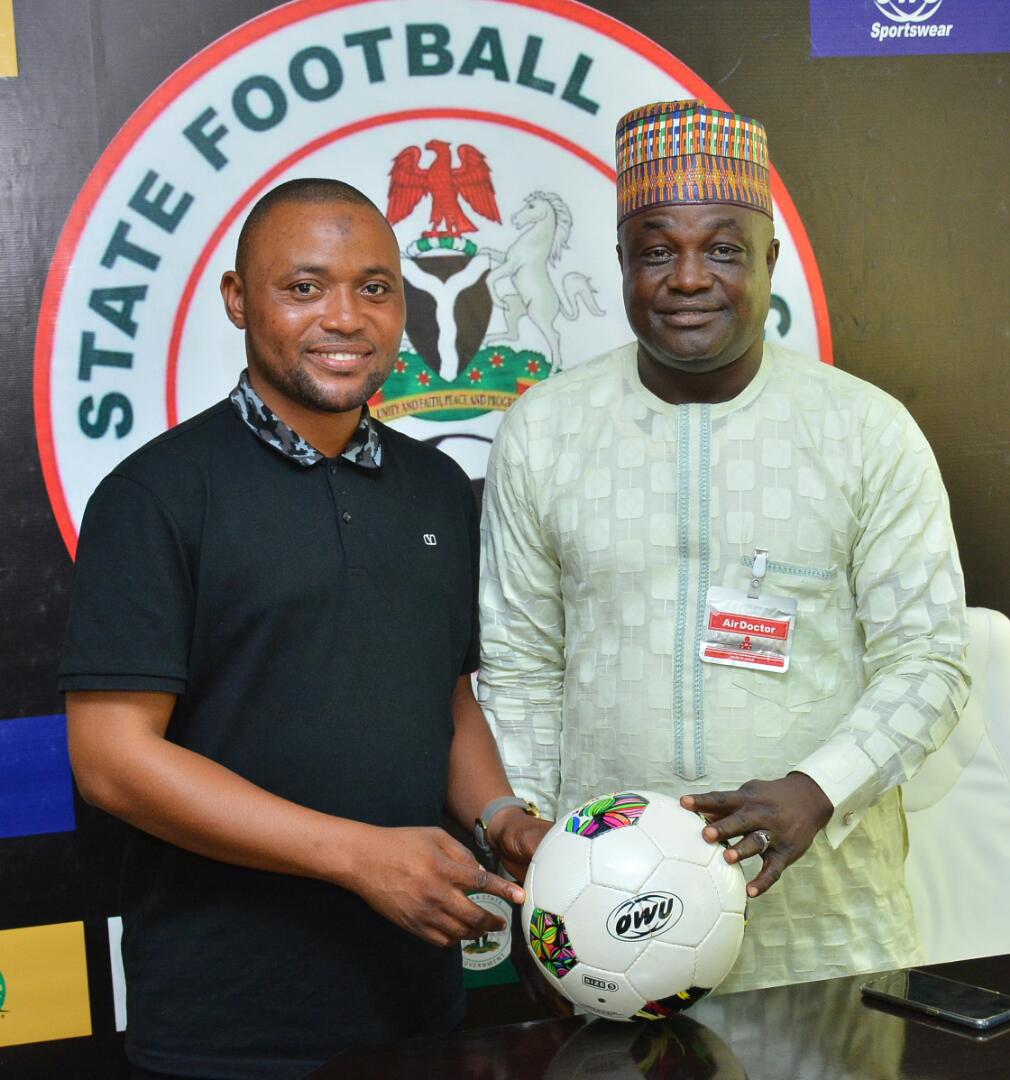 The Kwara State Football Association has informed that the state has put in finishing touches to hosting a glamorous Ogunjobi Gold Cup Preseason Tournament which kicks off from October 29th to November 7th.

This is the third time the Kwara State Sports Complex, Ilorin will be hosting top teams picked from the three tiers of the nation’s domestic football leagues, as they prepare for the new season.

In a meeting held on Thursday in Ilorin between the Kwara FA executives and General Coordinator of the annual prestigious pre-season tourney, Tunde Shamsudeen, Malam Idris Musa Abdullahi (Thuraya) confirmed his led board threw its weight behind this year’s event with view of making Ilorin the permanent venue for the yearly event.

Abdullahi revealed that the late former Nigeria Football Federation(NFF) Secretary General Chief Taiwo Ogunjobi was an astute football administrator who supported his bid in vying for the 2019 Kwara State FA election where he emerges as chairman.

He also noted his led board will work with the necessary stakeholders including the Kwara State Government, National Centre for Disease Control (NCDC) in organising a COVID-19 free pre-season tourney.

Shamsudeen, on his part, saluted the Kwara FA and other stakeholders for their continuous support and he is optimistic of hosting a more colourful tournament this year despite challenges but remains reliant on the green light from Government and Kwara FA.