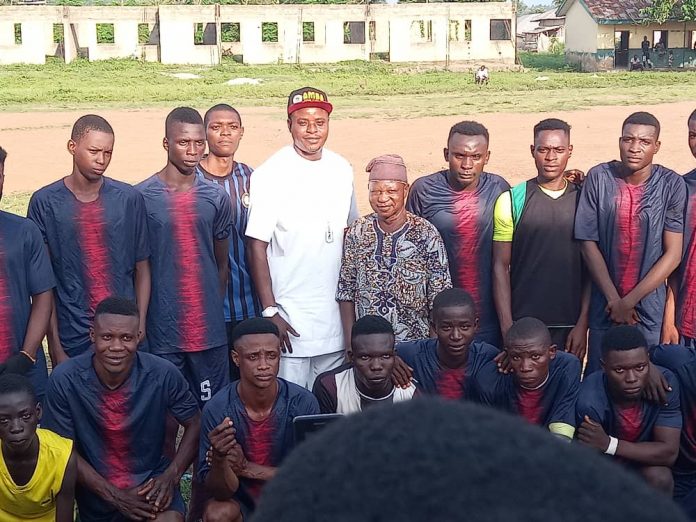 People of Ira Community in Oyun Local Government of Kwara state were in joyous momentum on Wednesday as their boys recorded a 1-0 win over Inaja town in the first game of the GM Kwara United Unity Cup.

The maiden edition of the competition was organised by Bashir Badawiy in honoring Governor Abdulrahman who has performed brilliantly in the development of Sports since he emerged the number one citizen in the State of Harmony.

Before the first game was played, Kwara United GM Bashir Badawiy visited the palace of the Onira where he presented his club’s jersey to the Monarch.

Onira expressed happiness for the 4-day tournament which is aimed to foster harmonious relationship among the neighboring communities.

Inaja boys started the first match of the tournament against Ira impressively, but they were unable to get the goal, and unfortunately, they conceded at the death which condemned them to defeat.

Speaking after the first encounter, Kwara United GM Bashir Badawiy thanked His Excellency Governor Abdulrahman, Onira, football stakeholders, players and spectators who were on ground to watch the opening game between Ira and Inaja.

“I am proud of Governor Abdulrahman and I will continue to do all my possible best for the development of football in the state most especially in the grassroots,” the experienced football administrator explained.

Meanwhile, the tournament will continue tomorrow in Ira with Offa Town having an encounter against Ilemona.