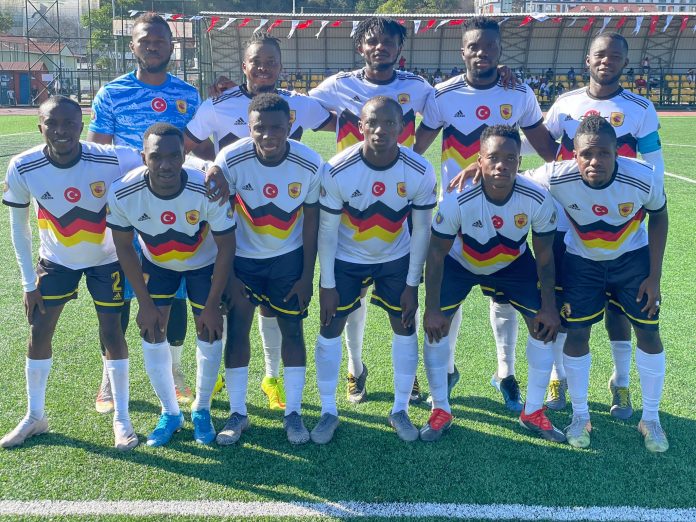 Former Akhisar Belediyespor striker Sani Gideon in a bid to test his managerial abilities has guided Angola to the final of the mini African Nations Cup in Istanbul, Turkey where they will take on Cape Verde on Sunday 3rd October 2021.

The mini competition Organized for Young African stars based in Turkey began with 12 teams who were paired in four Groups with three teams each.

The Angolans representatives who where in Group C, won all their group games against Cote D’Ivoire, Congo Brazzaville before dispatching Mali and Ghana in the Quarter Final and Semi Final respectively.

Sani Gideon’s team have scored 16 goals and conceded five goals in all of the four matches played so far with VICTOR (4 goals), GODWIN (3 goals ), captain of the side SAMUEL (3 goals), all toping the goal scorers chat.

Sani Gideon, graduate of Nigerian Nationwide league side Magate FC who played all his professional career as a striker in Turkey will be looking to lead the Angolans to clinching the top prize come Sunday.