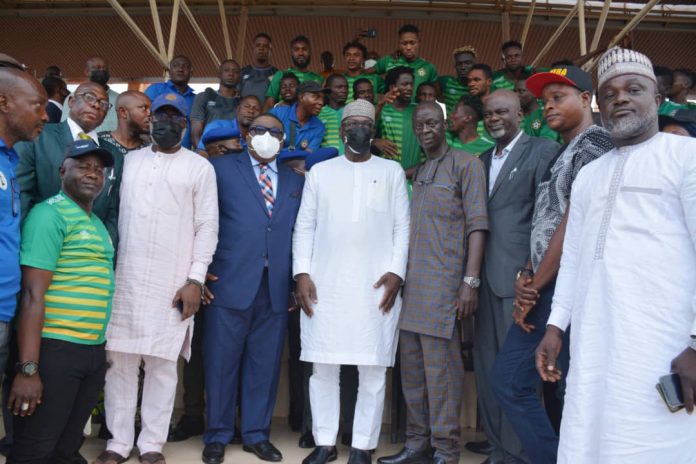 Kwara United on Thursday, August 5, finally picked a continental ticket after beating visiting Katsina United 3-0 in final game of the season in Ilorin.

Ayobami Junior scored the first goal for Kwara United in the 20th minute before Michael Ohanu and Stephen Jude sealed the win for the Harmony Boys.

Fans were happy after the match at the Kwara state stadium considering the fact that it was 14 years ago that the Harmony Boys last played continental games.

While expressing happiness for the continental ticket picked, Kwara United General Manager Bashir Badawiy thanked the Government under His Excellency, Governor Abdulrahman, Kwarans and fans for the support throughout the season.

“Today is a memorable day for us and we want to thank everyone for the support from the start of the season till the end.

“Special thanks also to His Excellency who is our number one fan and we want to promise him that we will do well in continental games,” Badawiy explained.

As thing stand finally on the table after match-day 38, Akwa United finished as champions while Enyimba ended second as Kwara United came third and will play in CAF CC.