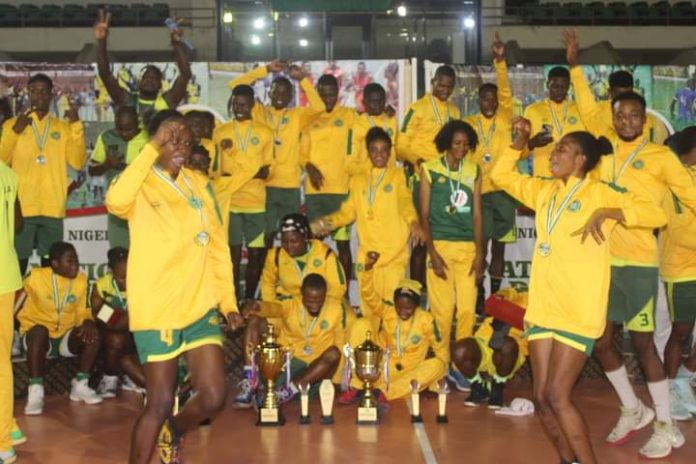 Kwara United Volleyball Club has qualified for the National Division One Premier league after the team finished runners up with 33 Points at the Just Concluded Playoffs in Abuja.

Kwara United who won five out of the six matches Played in the second phase of the playoffs demonstrated high Sense of Commitment and determination from the beginning to the climax ensure its Place in the league with second Place finish behind Kada Kings of Kaduna who emerged Champions with 40 points.

Reacting to the development, Coach Wale Gbadamosi Saluted the zeal and renew vigour of his Players for clinching Premier league ticket, noting it was a dream come true.

He applauded the Chairman of the Kwara State Volleyball Association, Bashorun Kayode Bankole for his unalloyed support throughout the playoffs, stressing that his financial and moral support greatly assisted the team in achieving the feat .

Meanwhile, Kwara State broke record as the only state in the Country to have three Volleyball teams in the Premier after Offa Volleyball Club and Kwara United female volleyball club secured their qualified, a milestone which many stakeholders have described as a good result of genuine investment to Sports development by the Present administration under Mallam AbdulRahaman AbdulRazaq.