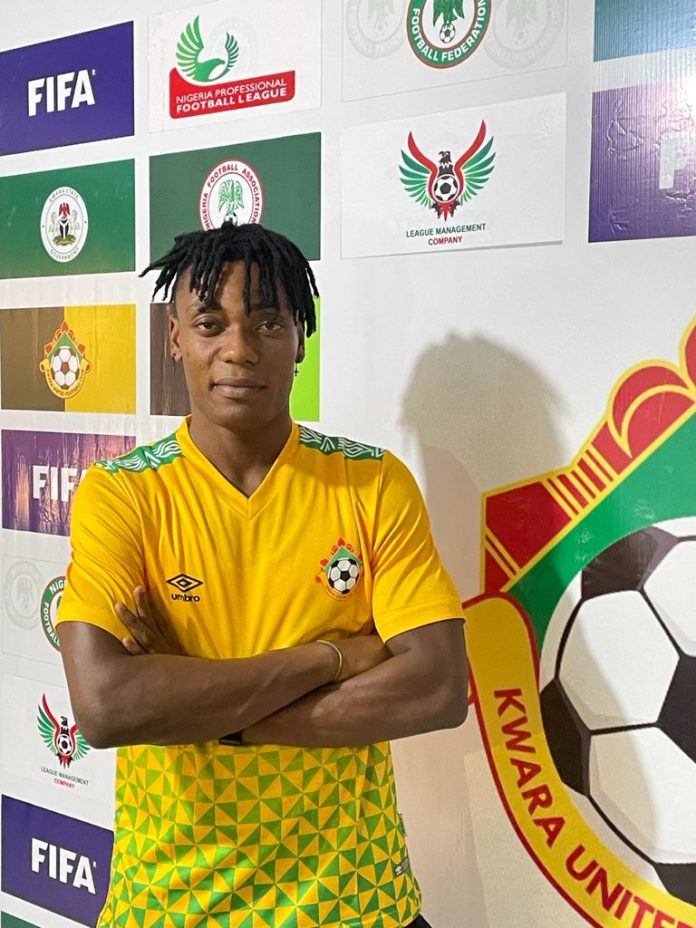 Kadiri was one of the best strikers last season in the Nigerian Professional Football League as he helped the People’s Elephant finished among the top four on the final standings.

Following the departure of Michael Ohanu who has moved to Iraq, Kwara United management and coaching crew entered the transfer market for a replacement and they found Samad Kadiri.

The former Lobi Stars’ strongman has already started training with Kwara United and has confirmed his readiness to help the Harmony Boys next season in all competitions.

“I am glad to be joining Kwara United and I want to make it clear that I want to win the League with my new team because I believe that we can do it,” Samad Kadiri explained.

Speaking to Kwara United media on the arrival of Samad Kadiri, Abdullahi Biffo who is the handler of the team explained that he was impressed with his games last season.

“I asked him to come and join us because I was impressed with his performances last season and I believe he will help us in the coming season,” Biffo explained.

Kwara United finished among the top four teams last season, and the club’s management are working hard to make sure that significant success is achieved in the coming term.