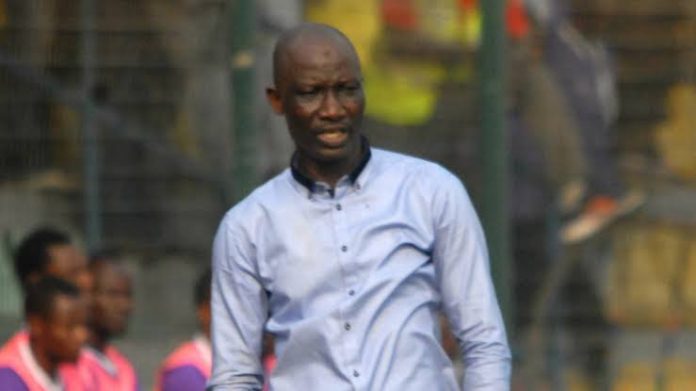 The Nigeria U-20 National team handler,Ladan Bosso has expressed his delight over the progress of some players who made cut for the country at the last AFCON WAFU B qualifiers at Benin republic.

Recall that the team missed out in the qualifiers played in Benin last year December, the former FC Ifeanyi Ubah Manager noted that there’s still a cause for glorification and pride for the team.

The Flying Eagles team, resplendent with players from former national youth sides, fused with discoveries from the grassroots couldn’t qualify for AFCON after playing a 1-1 draw against Cote’d’ ivoire and a 0-1 lost to Ghana.

In an exclusive chat with www.owosports.ng.com,
Bosso revelled the fact that some of the 18 players who made the team have now signed professional contract in Europe, saying trophy could be the ultimate, but it’s quite pleasant to see the lads making headway in their careers.

“Among the 20 players selected for the voyage, two of them were disqualified due to partial Covid-19 symptoms. Apart from the second goalkeeper,all other players had a playing time and despite the inability to qualify, I’m happy that a reasonable number of them has signed in Europe with top clubs”

He stated that, despite what they went through,he was able to produced the best of players on merit-noting if they had had enough time for players selection and preparation; the team would have hit more credits

“It’s similar to what I did in 2007 World Cup in Canada, some of the then U-20 players started playing for Super Eagles after the world cup , and quite few of them went on to win the 2013 Nations Cup”. Said Bosso

Efe Ambrose, Brown Ideye, Elderson Echejiele and Ikechukwu Ezenwa were some of the U-20 World Cup team players  in 2007 who got call-up to Super Eagles.

Among many others are Oladoye Adewale, who is now having a regular playing time with  FC Genk in Belgium and even benched their Skipper, Temitayo Ereku of Brookhouse Academy in UK is also currently on trial with Liecester City, while Peter Ukeme Olawale has also been promoted to Hapoel Ra’anana main team from the junior cadre.