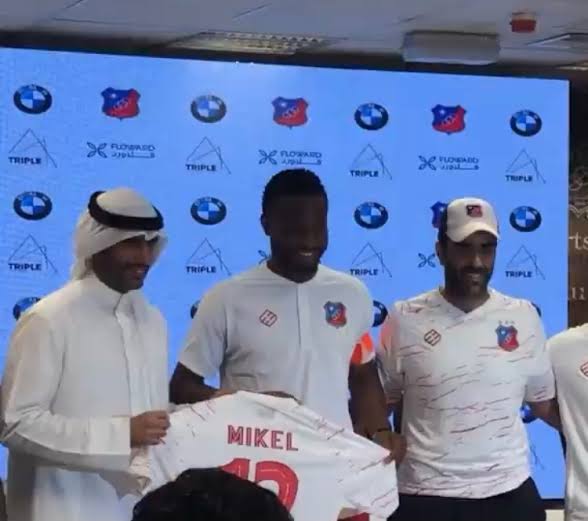 The midfielder who played most of his career at Chelsea, joined Kuwait Sporting Club on a one-year deal from Sky Bet Championship side Stoke City.

During his unveiling, Mikel was handed his former Chelsea number 12 jersey, the club also announced that the former Super Eagles captain will be the new skipper the side.

In a video on the club’s social media accounts, an official asked their former captain Hussien Hakim to pass on the armband to the Nigerian.

The 34-year-old, who has since resumed training with his new side, pledged to help the club challenge for the league title.

“I am happy to be here, in this great club hoping to win trophies together this season,” he told the club’s website.

“For the management and the fans, thank you for your warm welcome, I am ready for the new challenge.”

Mikel has now played in five countries in his club career with his latest move to Western Asia.

Obi Mikel began his Professional career with Plateau United before he moved to Norway, from where he moved to England to play for Chelsea, where he enjoyed much success.

He left Chelsea in 2017 to play in China but returned to England in 2019 joining Middlesbrough, had a stint in Turkey with Trabzonspor before returning to came England again in 2020.