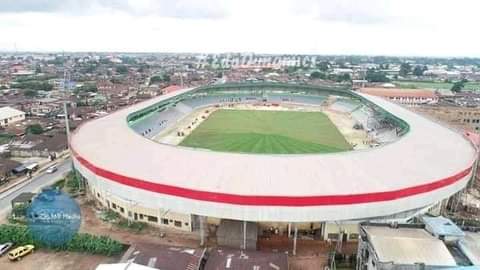 The Federation, which was looking at either Benin or Asaba for the AFCON qualifiers, at the weekend confirmed the game will be played at the newly refurbished Samuel Ogbemudia Stadium, Benin City.

NFF Assistant Director, Media, Ademola Olajire, said the NFF is still working round the clock to ensure the success of the AFCON qualifier, adding that it has set up a monitoring team to keep close tabs on events across the country to ascertain if the qualifiers will be shifted or not.

The Afcon qualifiers which was earlier fixed for March 27th was postponed due to the ravaging Corona virus pandemic is now Expected to go down on the 13th of November with the reverse fixtures coming up days after in Freetown.