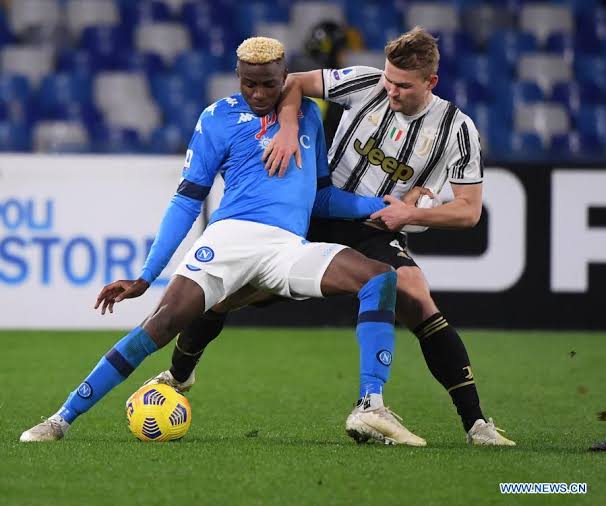 Nigeria stars have returned to their various clubs in Europe after the international duties where they recorded wins in their opening two matches of the Qatar 2022 FIFA World Cup qualifiers against Liberia and Cape Verde.

In England, midfielder Wilfred Ndidi was in action through out the duration of the EPL heavyweight clash against champions Manchester City at the King Power Stadium.

Ndidi put in a solid display on the day but couldn’t help his side avoid defeat as they fell 0-1 to the Citizens- thanks to Bernado Silva solitary strike.

Kelechi Iheanacho who’s goal helped Leicester City beat Manchester city in the Community Shield earlier in August came on as a late substitute but couldn’t salvage the situation for the foxes.

Super Eagles vice captain Williams Troost-Ekong was handed the Captain’s armband for Watford in their English premiership clash against Wolverhampton Wanderers where they lost 2-0 in front of the home supporters.

Midfielder Frank Oyenka was a 75th minutes substitutes for Brentford who suffered a 1-0 defeat at home to Brighton & Hove Albion.

Super Eagles striker Victor Osimhen returned to action for Napoli after he saw his suspension reduced to one game after being sent off in a match against Venzia.

The former Lille of France goal poacher saw 90 minutes of action for Napoli who shocked the Old Ladies as they secured a well deserved 2-1 victory over the serie A giant. Thanks to second half strikes from Matteo Politano and Kalidou Koulibaly as they cancelled out Morata’s 10th minutes opener.

On loan Club Brugge striker David Okereke came off the bench in the 67th minutes replacing Antonio Vacca to score his first Italian Serie A goal in Venezia’s hard-fought 1-2 victory over Empoli. Meanwhile Tyronne Ebuehi was an unused substitute in the tie.

Samuel Adegebenro’s 95th minutes header secured a vital point for IFK Norrkoping in their 1-1 draw against Malmo in the Swedish league.

Midfielder Innocent Bonke was forced out of the match in the first half after suffering an injury which saw his withdrawal from the tie prematurely.