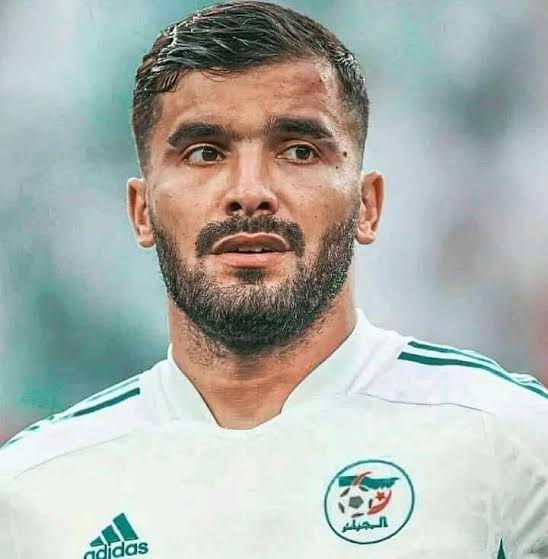 Algeria defender Houcine Benayada has stated that he knows that the Super Eagles will be out to exact revenge for their defeat in recent meetings against the Desert Foxes.

Super Eagles are winless against the Desert Foxes since winning the North African side 3-1 in the 2018 World Cup qualifiers seven years ago.

Riyad Mahrez’s 89th-minute free-kick was the difference as Algeria recorded a 2-1 victory in the semi-final of the 2019 African Cup of Nations in Egypt which is still fresh in the memories of the Super Eagles camp.

Algeria also won 1-0 the last time both teams met in a friendly.

The 30-year-old defender was handed his first call-up to Algeria national team for a 2017 Africa Cup of Nations qualifier against Seychelles after an impressive first season in the top flight with ASM Oran said the Nigeria team will be all out for vengeance.

“We know that the players of Nigeria will face us with a spirit of revenge since we remain on two victories against them, but our objective will be to beat them again and improve on the previous match.”

Houcine Benayada who has been playing his club Football in his country since 2010 before moving to Tunisia last year heaps praises on the Super Eagles while stating that the match against Guinea caused them a lot of problems.

“We are going to face a very good team from Nigeria, even if we also had enormous difficulties to overcome the Guineans who caused us a lot of problems during the previous match,” Benayada was quoted by dzfoot.com.

The two nations, who have won a combined five AFCON trophies, will face off on Tuesday night for the fourth time in five years.