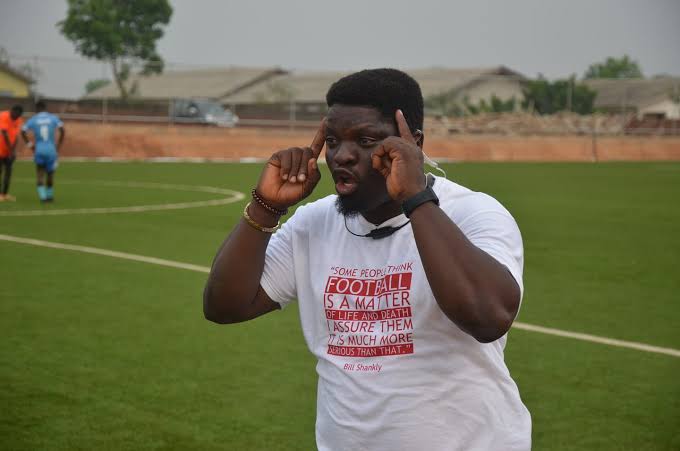 With few hours into the Southwest Derby between Shooting Stars and Remo Stars at the Nigerian National League (NNL) play-off in Enugu, Coach Daniel Ogunmodede has opined that the cramped fixtures are not good for the game and players recovery.

Ogunmodede’s team who began their quest for a promotion ticket with a three-star performance against Ekiti United on Tuesday night said: “The situation is hazardous for us and not good for the game, we are to play three games in three days as normally players are supposed to rest for 48hours or at least 12 hours for recuperation.

“You can see few players have gone off with cramps or slight muscle injury. Unfortunately, it has come so we have to make do what the arsenal we have.

“Mind you Shooting Stars of Ibadan also played on Tuesday but it players will have more recovery time. This for me is no excuse, I want to assure you that Remo Stars will go into the game with the zeal to seal a promotion ticket.”

On how his team thrashed Ekiti United.
“It was a fantastic performance from my team scoring three goals and recording a clean sheet to go top of the group.

“We never underrated Ekiti United as I did charge my players to stick to the game plan and go for the kill.

“We came to Enugu to win all games and not to party, so Shooting Stars is another hurdle we will cross. Looking at their status, as they are an experienced side and have quality. Aside from the game been a South-West derby, they are like our ‘elder brother’.

“Remo Stars will go into the game playing them with respect and also go for the three points.”