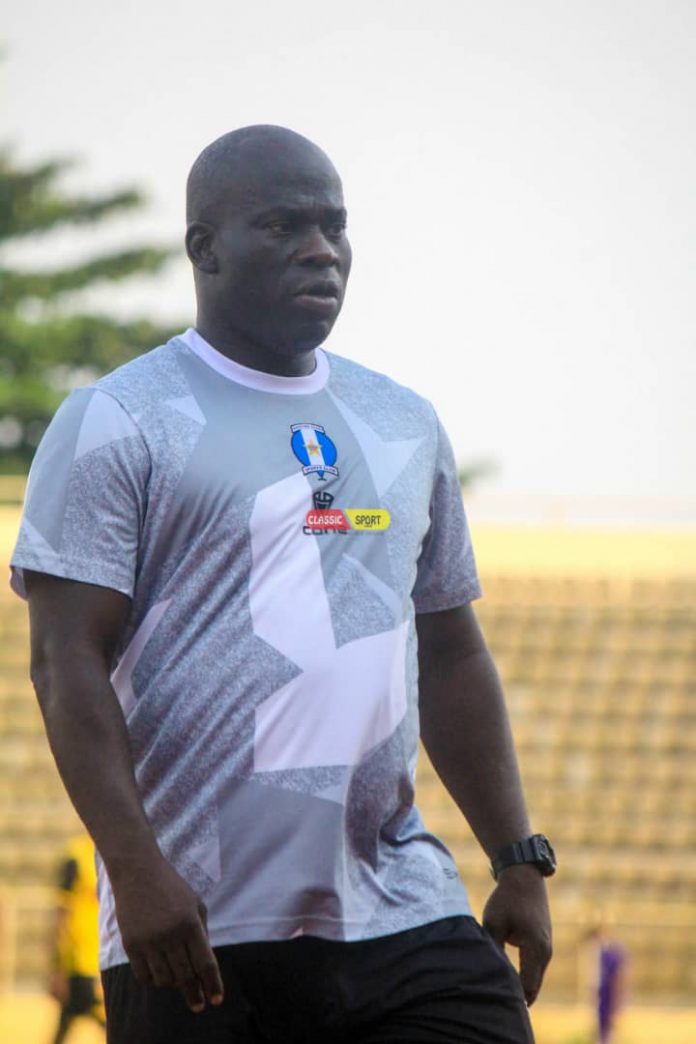 Coach Edith Agoye has expressed his confidence after the draws of the Nigerian National League(NNL) Super 8 held in Enugu on Monday saw his Shooting Stars lock horns against Insurance on Matchday One.

After the MatchDay One fixtures were released, the 3SC of Ibadan legend now coach said: “The draws have been made, it’s important to note that all teams that have made it to the play-off are not minors, as we all deserve a top-flight ticket.

” Our first game against our arch-rivals Insurance of Benin won’t be an easy one but I want to assure our fans that we have all it takes to get the needed result against them.

“For Shooting Stars, this game is an important one and a win for us will put the team in shape moving forward.

“I also want to state here that my assistants, players and I are in a good state of mind, devoid of the pressure of twice missing out of promotion.

“This time, the onus is on the team to secure promotion to the Nigeria Professional Football League (NPFL), as that’s where we rightly belong.”

The Nnamdi Azikiwe Stadium will be agog with the best of football skills and goals as Gombe United battles El-Kanemi Warriors in the first game at 1 pm.

Two hours later, 3SC will host Insurance in the battle of Gladiators while DMD would hope to contain Tornadoes at 5 pm.

The NNL play-off will host its first night game as Remo Stars gets set to outdo Ekiti United by 7 pm.